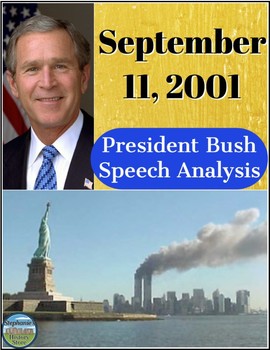 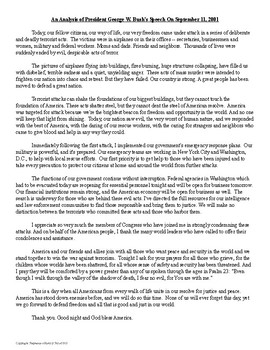 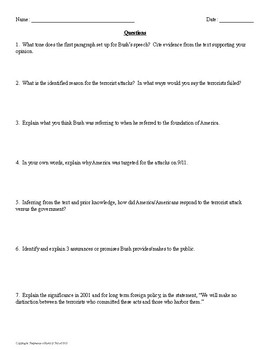 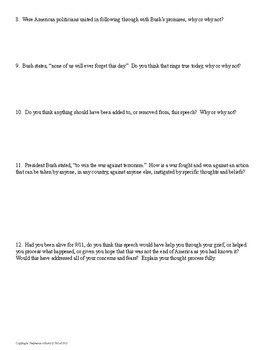 Students read and analyze the speech President Bush gave after the terrorist attacks of September 11, 2001 (9/11) by answering 12 questions and completing up to 3 extension tasks (a reflection interview, a memorial, and a follow-up on this speech). The answers are included where approrpiate and this would be great for a sub!

--Explain what you think Bush was referring to when he referred to the foundation of America.

--Inferring from the text and prior knowledge, how did America/Americans respond to the terrorist attack versus the government?

--Explain the significance in 2001, and for long term foreign policy, in the statement, “We will make no distinction between the terrorists who committed these acts and those who harbor them.”

--Do you think anything should have been added to, or removed from, this speech? Why or why not?

--Had you been alive for 9/11, do you think this speech would have help you through your grief, or helped you process what happened, or given you hope that this was not the end of America as you had known it? Would this have addressed all of your concerns and fears? Explain your thought process fully.

Resources You Can Use for ANY History Topic