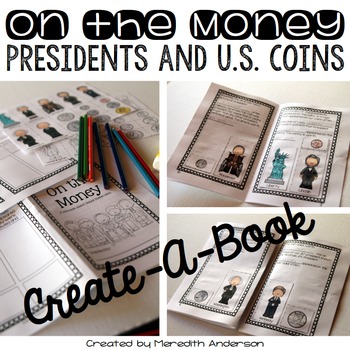 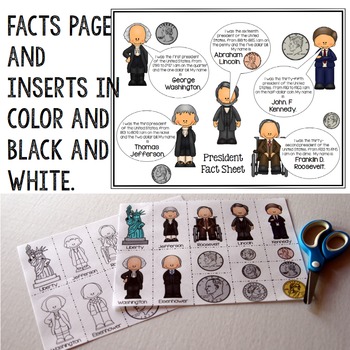 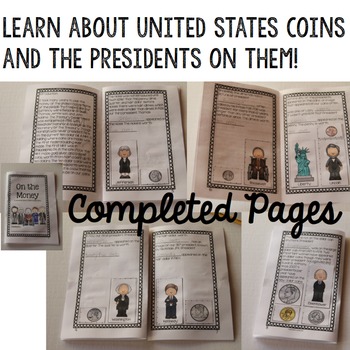 Presidents' Day U.S. coin activity. You can also use this to spice up your elementary United States history or government lessons. Your students will create an 8 page picture book, fill in the blanks, color and glue in the pictures, all while learning about the history of U.S. coins. Find out when coin production started, which coin was introduced much later than the others, when the presidents first appeared on the coins, and which coin was even smaller than the dime!

This also includes a short fact sheet about the 5 presidents on the 5 common U.S. coins. Pages are provided in both color and black and white.

Looking to dig deeper? Head on over to
You're So Money, Mr. President: A History of Coins of the United States to find this activity as well as a timeline of US coins, fun facts about the coins, and more.