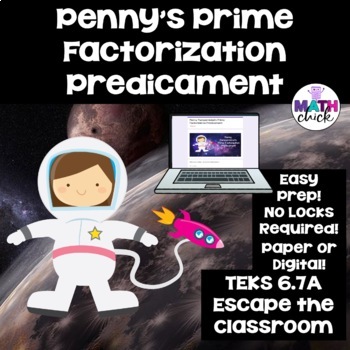 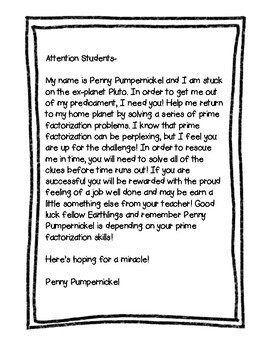 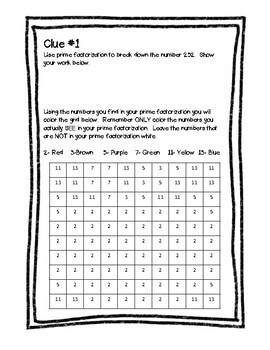 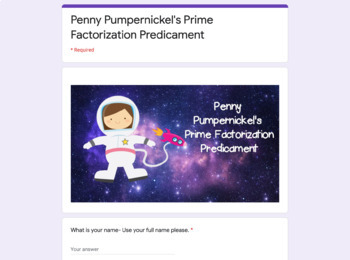 The perfect engaging prime factorization activity! This Space Escape Game provides a unique and engaging alternative to traditional learning environments while reinforcing prime factorization Escape style activities shifts ownership of learning from the teacher to the student and require critical thinking, collaboration, creativity, and communication skills. A great way to shake things up and engage your students!

In this rigorous, fun activity, students will work in teams to race against the clock to find all of the clues and solve them to help Penny Pumpernickel escape Pluto! This challenge contains 5 clues that students must work through to rescue Penny!

This activity is based on the famous "Escape the Room" locations, however no locks or boxes are needed! The activity includes directions and an answer key for the teacher, and all of the printable materials needed to complete the activity.

The TEKS seen in this escape are: