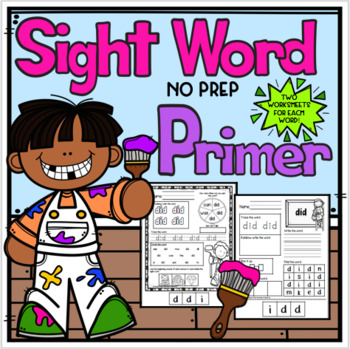 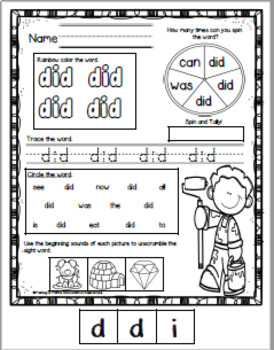 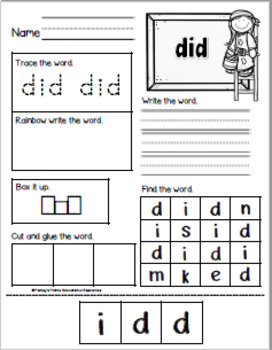 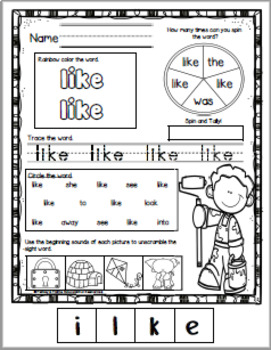 This product is my Primer sight words packet. These words are taught in Kindergarten and First Grade. The words that are included in this packet are:

Every sight word included in this packet has two worksheets focused on teaching that word. Students write, color, find the word and use beginning consonant sounds to "find" the mystery word on one worksheet. Students then trace, search, write, box up, cut and paste the word on the other worksheet. A clear, straight forward and simple, not so busy design make these worksheets ideal for younger students.

This packet is included along with my Pre-Primer Dolch sight words in my bundle which you can find here:

Write and Count to 100 Kindergarten and First Grade Packet

On My Way to First Grade Summer Adventures-Kindergarten Review

Kindergarten End of the Year Activity and Memory Book

All About Nouns Flip Books and Activities

Emergency Sub Plans-Kindergarten A Trip On The North Pole Express!