Project based learning: Send in the Clones (PBL and mystery activity) 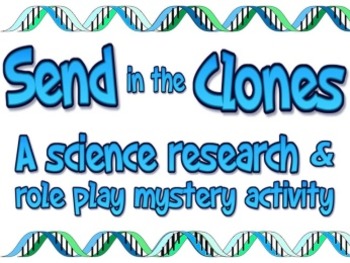 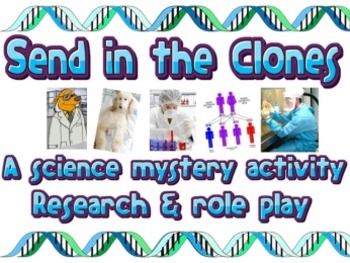 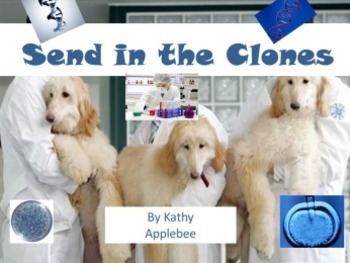 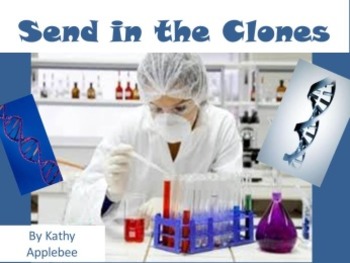 Professor Walter Patterson has a brilliant mind, short temper and limitless ambition to be the leader in stem cell and cloning research. He also has at least one deadly enemy. Less than 24 hours after his patent for a secret process is approved, Professor Walter is found dead in his laboratory next door to his former place of employment American technological University. Walter had been fired days earlier which negated the university's contract to share in the profits if his research panned out. Whodunit? Why?

After engaging in discussion and research about cloning, players take the roles of various characters to function as both suspects and investigators to get to the bottom of the death of research scientist Dr. Walter Patterson.

Activities are included preceding and following this event (perfect for kinesthetic learners, mixed ability groups and drama clubs or as an end of school event that will make them ever so briefly wish they were in summer school) to make connections in core subjects.

Kit includes character dossiers for 7 primary and 16 additional suspects, (the rest of the class can be friends, co-workers, etc., an activity packet with complete instructions for a fun hands on event and the clues that will give your students hands experience using the scientific method.

Additional people can play minor roles and take part in discovering Whodunit. Some can be friends of the main characters and fellow students at ATU.

Who Shot Prospector Pete?
Murder at the Manor
Who Killed Will Shakespeare? mystery activity
Chariots of Death freebie
The Toxic Ooze mystery

Total Pages
56 pages
Answer Key
Included
Teaching Duration
4 days
Report this Resource to TpT
Reported resources will be reviewed by our team. Report this resource to let us know if this resource violates TpT’s content guidelines.