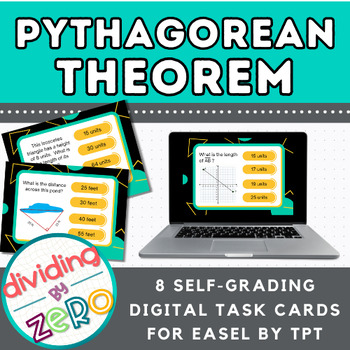 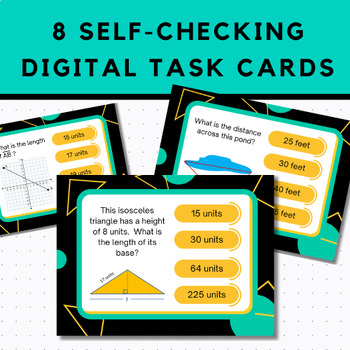 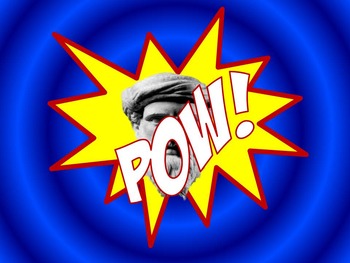 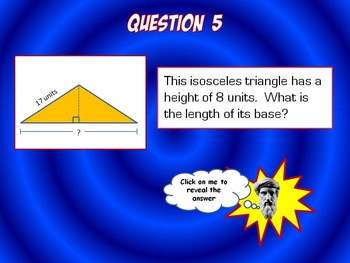 In my classroom, we’re more than just a little obsessed with throwing stuff at the SMART board. It just never gets old for the kids, and it’s great to see my most reluctant learners chomp at the bit to participate in these games. I made this one as a review for a test months ago, and I still have kids asking if we can play it again.

This animated game, created in PowerPoint 2007, features Pythagoras in front of a target - just asking for it. Call on a student to throw a koosh ball, bean bag, or some other soft object at him. When he is hit, he spins, groans, and presents a question. Click on his image at the bottom of the question slide to reveal the answer and a button that will allow you to navigate back to the target for another beating. For an extra element of fun, Pythagoras chuckles to taunt the kids when they miss. There is a coordinating answer sheet included in the file which you can print off to help kids organize their work and collect as an “exit ticket.”

The game contains 10 questions involving Pythagorean Theorem concepts and applications. The problems are presented in contexts that are commonly found on standardized tests, such as:
- A ladder leaning against a wall
- Distance across a pond
- Distance between points on the coordinate plane
- Various conceptual models of the relationship

The questions range in difficulty from basic to advanced for 8th grade learners. (This may also be a helpful review for high school geometry students.) Common triples are emphasized.

For another tried-and-true engaging activity to introduce or re-teach the conceptual framework that underlies the theorem, check out my Cheez-it Modeling Activity.

Purchase of this product includes a multiple license, meaning that you’re welcome to share it with other teachers in your school system. Please see my copyright page for details and restrictions.

Thanks for visiting my store, and I hope you and your students enjoy this game!