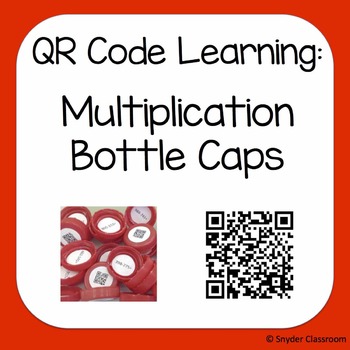 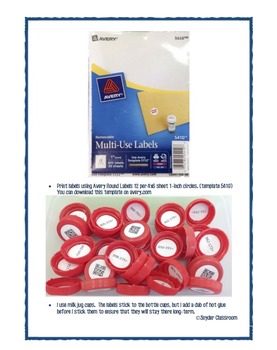 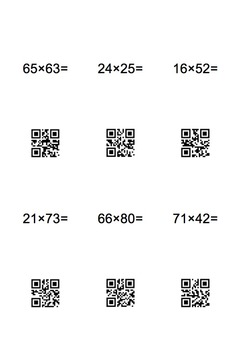 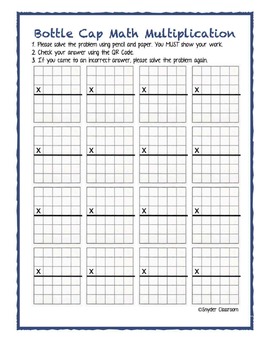 Engage your students with these self-checking QR code multiplication problems, and students love checking their work on their devices.
Included are the labels to print which you then stick to bottle caps as well as worksheets so that students can compute the answers and show their work. Great for early finishers or math centers.

This worksheet has 36 Multiplication problems with an accompanying QR code that reveals the answer.

Students can easily use the bottle caps in a math center or for other independent practice time. The Pack includes grid sheets designed to help the students line up the problems to more effectively solve them. The grid box not only gives the students a place to show the work, it also guides them in lining up the place values.

After the students solve the problems, they check their work with a QR code.

Provided in the Pack are the labels to adhere to the bottle caps (milk jug lids) and the worksheet pages with the grid paper.

My students LOVE the independent practice and enjoy the ability to pick their own problems to practice.

I like to use a combination of bottle caps to allow my students to have differentiation. I have some subtraction, some addition and some multiplication and it allows different students to practice different operations and self check.

© 2014 Sara Snyder. For personal use only. Duplication is strictly forbidden. Please have other teachers purchase their own copy. If you are a coach, principal or district interest in purchasing several licenses, please contact me for a district-wide quote.
Total Pages
9 pages
Answer Key
Included
Teaching Duration
N/A
Report this Resource to TpT
Reported resources will be reviewed by our team. Report this resource to let us know if this resource violates TpT’s content guidelines.