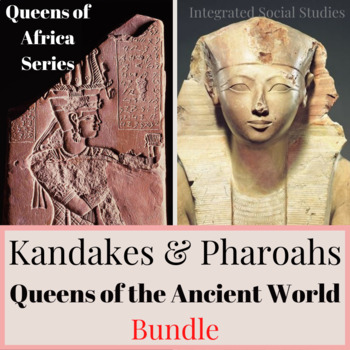 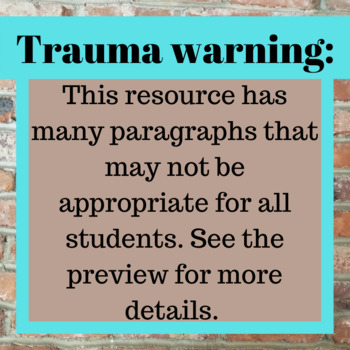 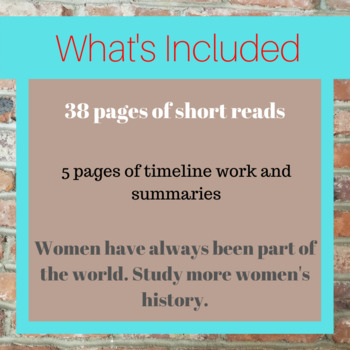 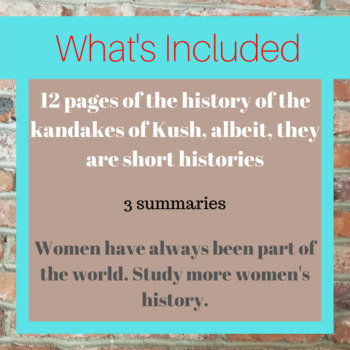 Combine the early history of the Kingdom of Kush and Ancient Egypt: two neighboring kingdoms that were constantly in contact with each other both peacefully and in wartime.

During the Kingdom of Kush there were several women who ruled as kandakes but not a lot is known about them. The short reads are incredibly short but that doesn't matter. No one else includes these women in their curriculum but that doesn't mean they don't deserve some love and recognition.

Pharaoh Queens is part V of the Queens of Africa series. Ancient Egypt is always a popular lesson because of the mystery but there is not enough emphasis on the women who ruled Egypt. Also, most of the time, the women are focused on for the wrong reasons.

There is more to Hatshepsut than she was portrayed as a man. She took power for herself and ruled for a long time. Nefertiti had to navigate a massive shift in religious beliefs that destabilized the country. Cleopatra was a rebel that challenged the misogyny of the ancient world. There are also other women who ruled Egypt that deserve to be highlighted.

These are print and go resources. Kandakes of Kush is TpT Easel compatible. Pharaoh Queens will NOT work with TpT Easel at this time.

Trauma Warning: Check out the preview for Pharaoh Queens. This resource may not be appropriate for all students.