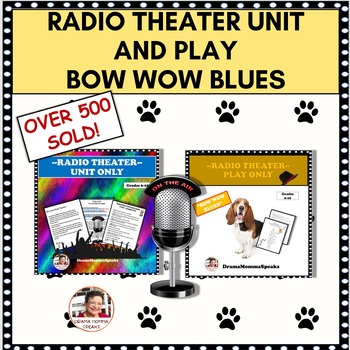 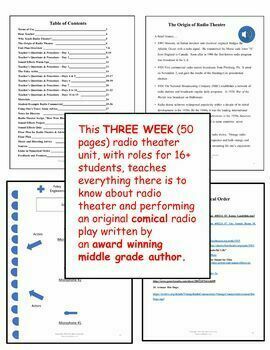 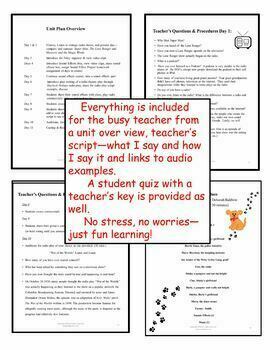 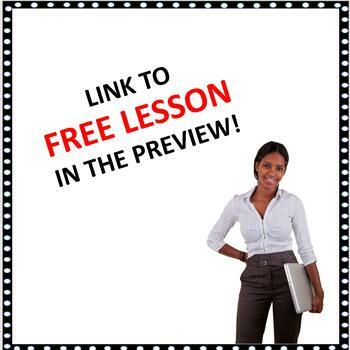 This THREE WEEK (50 pages) radio theater unit, with roles for 16+ students, teaches everything there is to know about radio theater and performing a comical radio play. It is suitable for middle and high school drama classes or upper elementary gifted classes and includes:

• A lesson on the history of radio theater

• Five links to radio play performances (some vintage and some recent)

• A mini-lesson in writing and producing radio commercials

• Procedure plan to follow day by day throughout the unit

• Teacher’s script--what I say and how I say it!

• How to use one's voice advice

• Music suggestions for play including links

• A student group example of a radio commercial

• Trivia about radio stars and shows-Betty White and Orphan Annie

• An original radio comedy play script, "Bow Wow Blues" with roles for 16+ students is suitable for classroom use and includes sound effect and music cues all ready placed in the script for you!

In my thirty-eight years of teaching drama, this radio theater unit is one of my most popular lessons with students.

Heading for their home of Chicago, the gang stops at Mavi’s Diner for breakfast and to strategize their next steps homeward. Little do they know the police detectives of Harrison Stone and Harry Harrison are following right behind them.

Over a cup of coffee, the Witty Gritty Gang become acquainted with the detectives. A funny conversation ensues between them. When the detectives nearly have the gang in their grips, the leader of the gang’s girlfriend appears suddenly. Joe abandoned Deenie in Kansas City and is now in cahoots with the detectives. (Or is she?) Joe admits the real reason why he dumped Deenie in K.C. and it’s not to “get invisible” in Chicago as everyone thinks. Something is mentioned about getting home to Smoochie?

Putting everyone in handcuffs, the gang is arrested. As the detective is saying his goodbyes to Mavis and his diner friends, the Witty Gritty Gang escapes junior detective Harrison and takes off again.

Will Sergeant Stone and Officer Harrison catch up with the Witty Gritty Gang? Or will they give up, sit down and have the rest of the cherry pie, with ice cream and early in the morning?

Tune in for another episode of “Gangster Theater!” brought to you by Giggling Ginseng, the cream that gives you that "get up and go giggling feeling."

Comprehensive? You bet! This is an engaging, successful teaching and learning experience created by an award winning, veteran drama teacher of thirty-eight years.

For more information about Dramamommaspeaks products, go to:

Here are some reviews on other Dramamommaspeaks products!

"This is a great very well written resource and very good for text comprehension! Thank you!"

"This is such a wonderful and creatively made resource!"

"Love this activity! What a great way for students to work together!"

Log in to see state-specific standards (only available in the US).
CCSSCCRA.L.6
Acquire and use accurately a range of general academic and domain-specific words and phrases sufficient for reading, writing, speaking, and listening at the college and career readiness level; demonstrate independence in gathering vocabulary knowledge when encountering an unknown term important to comprehension or expression.
CCSSCCRA.L.5
Demonstrate understanding of figurative language, word relationships, and nuances in word meanings.
CCSSCCRA.L.4
Determine or clarify the meaning of unknown and multiple-meaning words and phrases by using context clues, analyzing meaningful word parts, and consulting general and specialized reference materials, as appropriate.
CCSSCCRA.L.3
Apply knowledge of language to understand how language functions in different contexts, to make effective choices for meaning or style, and to comprehend more fully when reading or listening.
CCSSCCRA.L.2
Demonstrate command of the conventions of standard English capitalization, punctuation, and spelling when writing.
Total Pages
51 pages
Answer Key
N/A
Teaching Duration
3 Weeks
Report this Resource to TpT
Reported resources will be reviewed by our team. Report this resource to let us know if this resource violates TpT’s content guidelines.