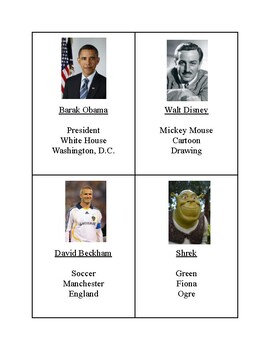 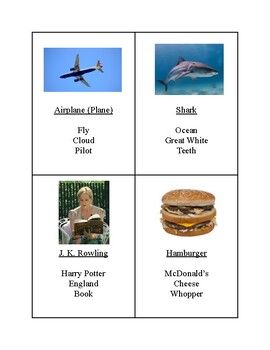 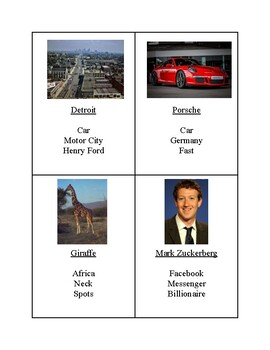 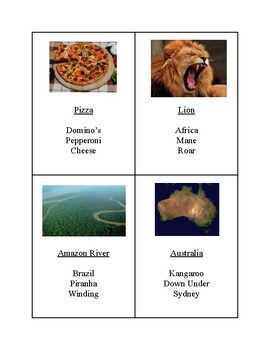 Relative (adjective) clauses are difficult for students, especially ELLs. Even my more advanced adult learners struggle with adjective clauses and so I try to provide a lot of scaffolding activities. We start with a presentation / lecture about relative (adjective) clauses to give them the overview. Then we use Relative Clause Memory cards (available in my store, or both products are bundled as Relative Clause Games for a slight discount) as sort cards—students match the picture / noun card to the matching clause. Third we use those cards as a memory-style game. Finally we play Relative Clause Taboo. By that point the students are usually ready to try some practice exercises in class and then do some for homework. Here are the details for how to play Relative Clause Taboo:

1. Print off the cards and cut them. I suggest laminating them for durability.

2. Divide the class into two teams. One member from the first team comes forward and stands in front of the stack of upside-down cards. When told to start the student takes the first card, looks at it and tries to get his/her team to say the noun pictured at the top. The student must use relative clauses to describe the noun and may not say the noun itself or any of the words listed on the card. If his/her teammates are able to correctly name the noun the student draws another card and keeps going until time is called (I usually give about 60 seconds). Once time is called the completed cards are counted for that team’s score. Team two then takes their turn. Play continues as long as you care to play, simply shuffle the cards and work through them again if you run out.

3. Alternate play: Don’t worry about dividing the class into teams, each person will play for him/herself. Students come up one at a time and take the top card only—the goal is to get the fastest time, not go through as many cards as possible. He/she then proceeds to try to get the class to guess the noun in the same manner (using relative clauses, not saying the words on the card). The teacher times the student. Once the noun is called out the time is recorded for the student who is in front and the student who called the noun gets a point. Once all students have had a turn to be in front points are awarded for time (I usually give 5 points to the fastest student, 4 to the next fastest and so on). Time points plus guess points are added for a final score to determine the winner.

Log in
to see state-specific standards (only available in the US).
CCSSL.9-10.1b
Use various types of phrases (noun, verb, adjectival, adverbial, participial, prepositional, absolute) and clauses (independent, dependent; noun, relative, adverbial) to convey specific meanings and add variety and interest to writing or presentations.