Representing and adding 2/3-digit numbers with base 10 blocks and more. Digital, 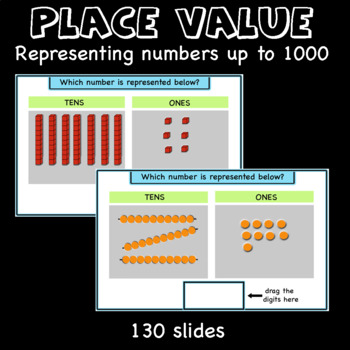 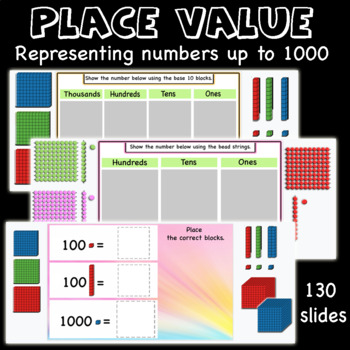 Base ten blocks, bead strings, 100 grids, place value discs and more manipulatives provide hands-on ways to learn place value, number concepts, operations, measurement, and much more. Students use these manipulatives to physically represent numbers so they can develop a deeper understanding. Building number combinations with manipulatives helps students understand the concept of regrouping or trading and see the logical development of each operation.

Using base 10 blocks for adding numbers allows students to practice regrouping in a conceptual way and reinforces the concept of place value. Students can clearly see how the ones group to become 10s, the 10s become 100s, and so on.

With the first resource the students practice

With the second resource the students practice

The first resource includes 130 digital activities and the second one includes 80 activities.

The resource needs to be used in edit mode for the objects (manipulatives) to be movable.