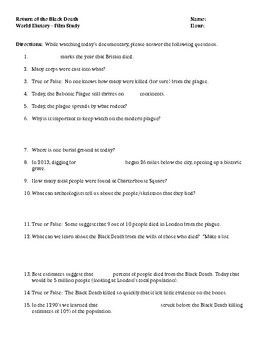 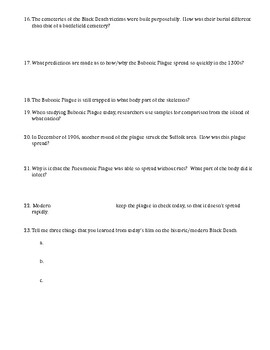 This 20+ question document was created to go along with the BBC film, Return of the Black Death, digging in to the history of the Bubonic Plague (Black Death) and the impact of this disease historically in Europe (and Great Britain).

This documentary was created in 2014, making it modern enough that student's are very interested in the story of what happened during the 1200s and the impacts even left today.

I have used this film/question guide in my World History course though it would work nicely in a Human Geography course as well.

This film can be found on Amazon Prime as well as other sites.