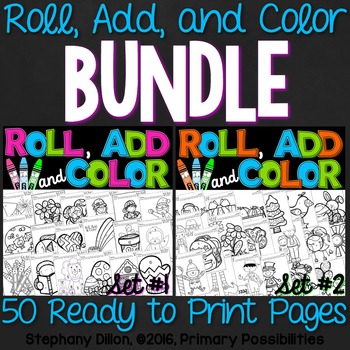 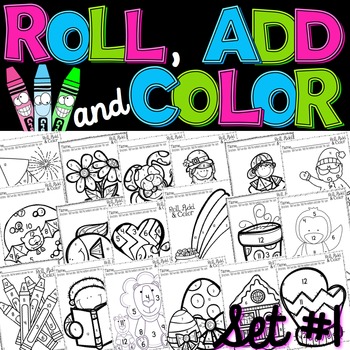 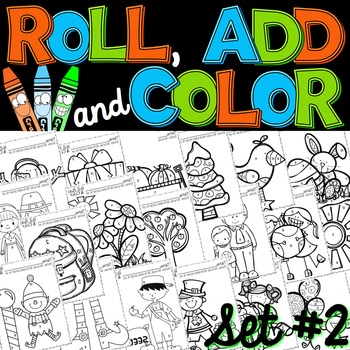 Included in this bundle are 50 roll, add, and color activity printables! There are 4 for each month of the year!

DIRECTIONS:
Students roll two dice, add the numbers, and then color the sum they rolled. They take turns with a classmate rolling the dice. The first student to color the picture wins!
(Parts of the picture that are left uncolored can be colored in by early finishers!)

These packets can be purchased separately in my store!
Set #1 is HERE