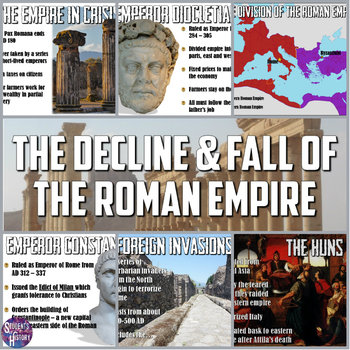 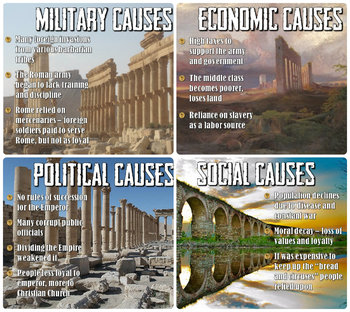 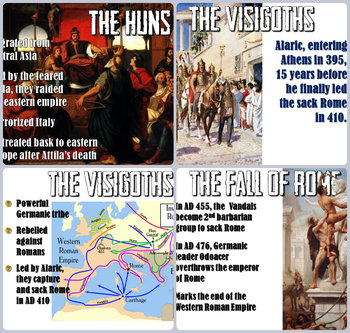 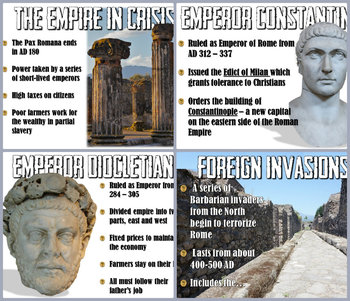 This is a visually-engaging lesson on the Fall of Rome and the end of the Roman Empire. It includes background on the reasons for Rome's decline, the last emperor that tried to save the empire, and the Barbarian groups that finally sacked Rome.

The PowerPoint presentation features slides with great pictures, maps, and graphics to engage your students and keep them focused on your lesson. All of the notes are easy to follow and understand. Topics covered include:

Also included with the download are editable guided notes worksheets, a Google Slides version, and a flipped classroom video of the presentation! The video is a fully-narrated overview and great for flipping your class, sharing with absent students, or prepping for your lesson.

You can also download a 3D version of this PowerPoint here!

Both resources can also be downloaded as part of my larger, Ancient Rome Complete Unit Bundle!

Total Pages
16 pages
Answer Key
N/A
Teaching Duration
50 minutes
Report this Resource to TpT
Reported resources will be reviewed by our team. Report this resource to let us know if this resource violates TpT’s content guidelines.