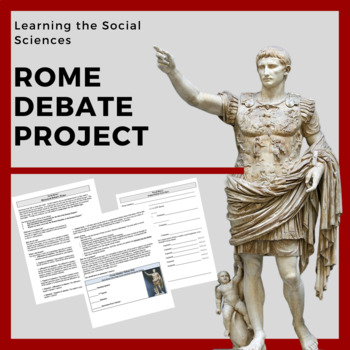 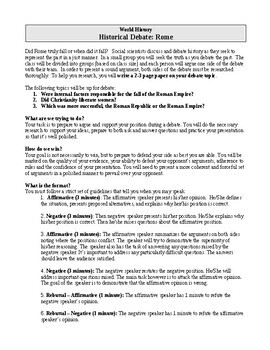 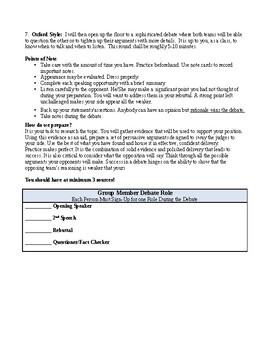 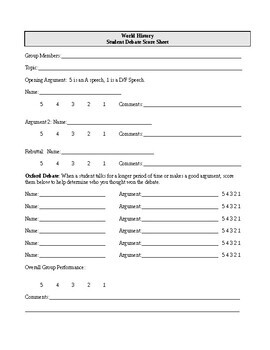 Each semester in my World History course I have a larger debate for the students to engage in. 1st semester is the Rome debate. I have 4 groups (I am at a small school, I have created an additional topic if you need 6 groups) that each research their given topic to first write a paper on it and then to engage in a class debate on the matter.

The debate starts in a Lincoln-Douglas format with students standing at a podium giving short speeches defending their topic. It then moves to a free Oxford Style where they pose questions to the other team and the students have more of a discussion on the topic. Each year the students get really into it and the other teachers in the building know about it due to the talk. I like to bring in guest judges (principal, other teachers, etc..) to help score the event, which really makes the students want to do a good job.

Grading checklists for all components are included.

I do show the last debate from the film, "Great Debaters" to help them visualize the debate.

1. Were internal factors responsible for the fall of the Roman Empire?

2. Did Christianity liberate women during the Roman Era?

3. Which was more successful, the Roman Republic or the Roman Empire?

Each student also has a specific role during the debate, which is good if they do nothing. It doesn't necessarily hurt the group's grade.