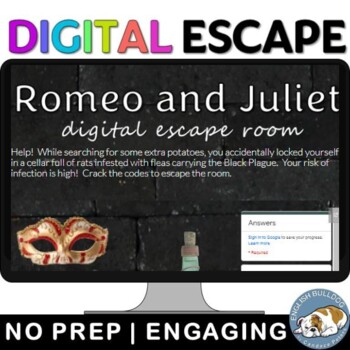 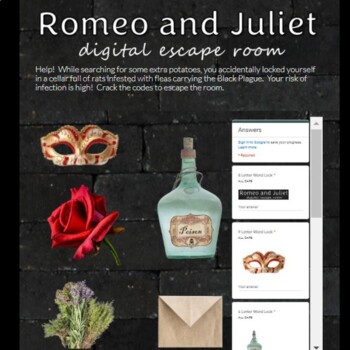 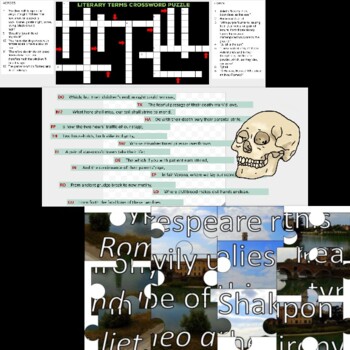 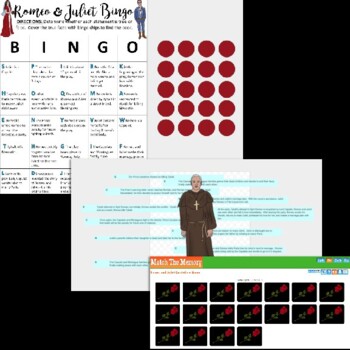 ⚠️You must have cell phones, tablets, or laptops to play this game. Students should work together in small groups. This game requires students to access Google apps with a Google sign-in. Prior to purchase of this game, please make sure your school district does not block the following apps/websites: Google Apps (Sites, Forms, Docs, and Slides); YouTube; and Match the Memory.⚠️

A breakout box kit is not needed for this game.

Engage your students by having them play this digital escape room game after your study of Romeo and Juliet. Students will work in small groups to solve puzzles in order to "escape the room." This is a no prep activity--all you need to do is share a link to the game! You can share the link by posting it in your online classroom, by projecting it from your laptop, by writing it on the board, or by printing it out for students. Easy!

The game includes a self-checking Google Form, so you can step back and let students pace themselves. Once students break out, they will get a congratulations message they can show to you to let you know they've finished. For differentiation purposes, I've included a teacher guide with visuals and hints to help you coach struggling students.

This game should take average high school students about 40 minutes to play--you can adjust the time if needed. Students will review/explore the following concepts:

Characters and quotations from the play

Facts related to the play

Students will determine whether 25 different statements are true or false on a bingo card with movable chips in order to find a secret code. These facts include the following:

✶Juliet's age in the play

✶Romeo's age in the play

✶The setting of the play

✶The author of the play

✶The impact of the missing letter

✶Characters and their family affiliations

✶Casualties related to the fight with Tybalt

✶The Prince's decree about the penalty for future fighting

✶Benvolio's role in the play

✶The cause of Romeo's death

✶The cause of Juliet's death

✶The result of the death of the two lovers

✶The role of the Prologue

Shakespeare's use of dramatic irony

The Prologue as a sonnet

The sequence of significance plot events from throughout the play

Students will place plot events in order to find the code

This escape room game incorporates a wide range of multimedia resources, including websites, images, a video, Google Docs, a Google Site, a Google Form, an interactive encrypted puzzle, a matching game, a bingo game, and Shakespearean insults for incorrect responses.

Total Pages
N/A--This is an interactive website including numerous multimedia elements
Answer Key
Included
Teaching Duration
45 minutes
Report this Resource to TpT
Reported resources will be reviewed by our team. Report this resource to let us know if this resource violates TpT’s content guidelines.