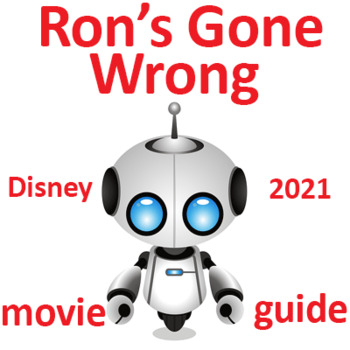 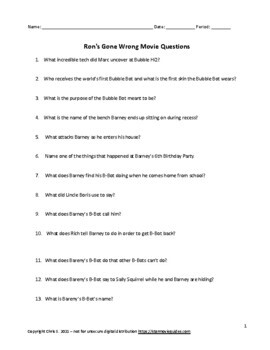 Ron's Gone Wrong movie questions (released 2021) help keep students engaged throughout the film by providing 27 questions for them to answer to keep them on track. Ron's Gone Wrong worksheet comes with a key that has suggested answers provided at the end.

Ron's Gone Wrong Movie Guide follows Barney a socially awkward schoolboy who receives a robot named Ron that's supposed to be his best friend. Barney is excited to finally have his own robot until his new toy starts to hilariously malfunction, drawing the attention of a shady executive who wants to protect his company's stock price at all costs.