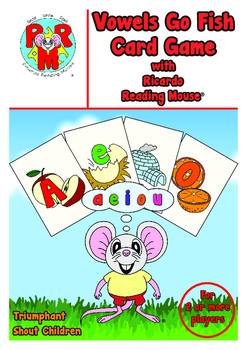 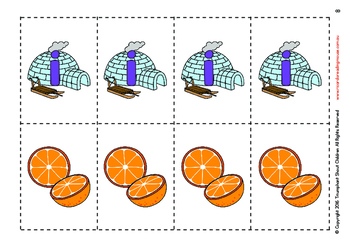 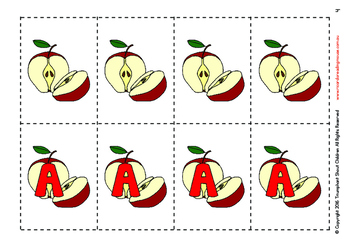 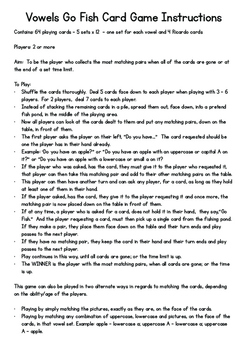 It encourages visual and verbal letter name identification and recognition of the vowel letters, in uppercase or capital letters, lowercase or small letters and matching them to the beginning sounds of the pictures.

As children, can also have the opportunity to cut out the cards themselves, this aspect is good for addressing fine motor control.

RF.K.1.d – Recognize and name all upper- and lowercase letters of the alphabet.
RF.K.3.b – Associate the long and short sounds with the common spellings (graphemes) for the five major vowels. (obviously this game only addresses the short vowel component of this standard).

ACELA1439 – Recognise rhymes, syllables and sounds (phonemes) in spoken words;
ACELA1440 – Recognise the letters of the alphabet and know there are lower and upper case letters

KS1.Y1.R.WR.1 – Apply phonic knowledge and skills as the route to decode words
KS1.Y1.R.WR.2 – Respond speedily with the correct sound to graphemes (letters or groups of letters) for all 40+ phonemes, including, where applicable, alternative sounds for graphemes
KS1.Y1.W.T.2 – Name the letters of the alphabet

Enjoy printing the game out on thin white card or normal paper and gluing onto back of cereal packets.

Designed to be used in conjunction with my first app, Ricardo's Alphabet Game Board. Available in Apple and Google Play Stores for all IOS and Android devices.

See my website for the direct app links and other Ricardo Reading Mouse® children's apps and educational resources www.ricardoreadingmouse.com.au

26 Letters of the English Alphabet Song

Your purchase is for personal and individual classroom use only, thank you!

I would love to hear any feedback/comments you or your children have, thank you!