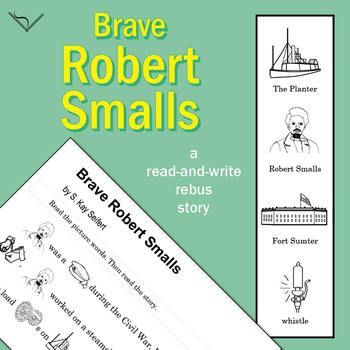 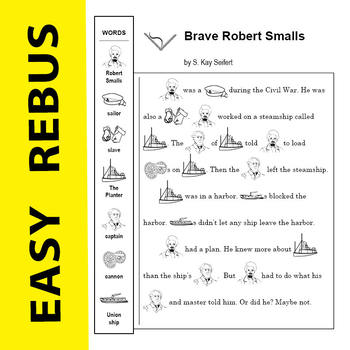 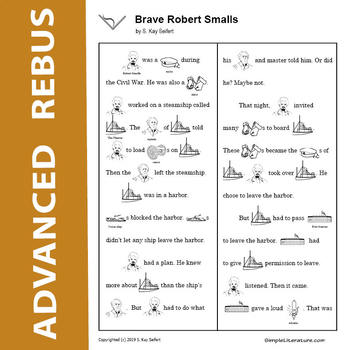 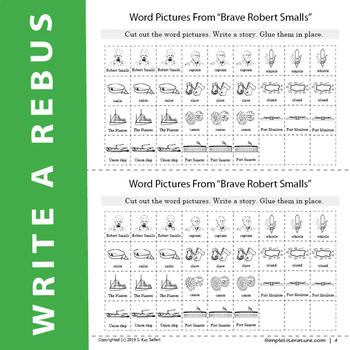 This READ-and-WRITE rebus is about Robert Smalls. During the Civil War, Robert Smalls and his friends took a steamship from the Confederate navy and gave it to the Union navy. His bravery, intelligence, and desire for freedom made him an American hero.

This rebus focuses on how Robert Smalls found a way to take The Planter, a steamship from a Southern-held harbor. Students will have fun reading this story on their own or as a group, and then creating their own rebuses using the story’s pictures.

BONUS! Also get "Booker T. Washington - Not Yet 5," a second read-and-write rebus in this download!

Use the short discussion provided to help students better relate to what Robert Smalls did for America and for freedom.

Students can cut out the word pictures from this story and write their own rebuses!

This historical story allows students to learn more about an American hero.

Total Pages
36 pages
Answer Key
Does not apply
Teaching Duration
N/A
Report this Resource to TpT
Reported resources will be reviewed by our team. Report this resource to let us know if this resource violates TpT’s content guidelines.