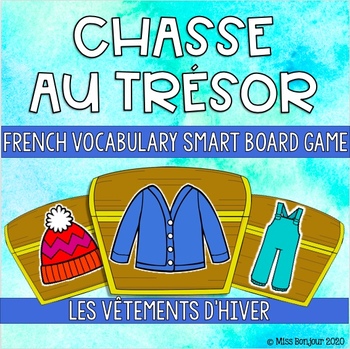 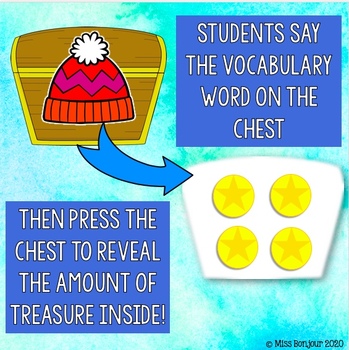 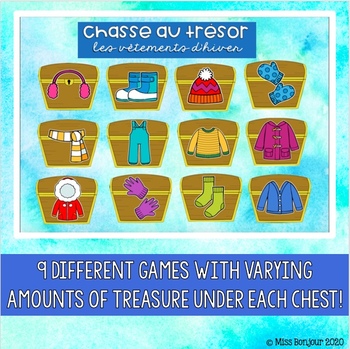 In this fun speaking activity, students play in teams, using French vocabulary to unlock treasure chests in pursuit of being the team with the most treasure by the end of the game! This is a game my class always begs to play and I'm sure your classes will love it as much as mine do!

To play the game, divide your class into two teams. Each team takes turns choosing chests to open in search treasure. To unlock a chest, students come up to the board and identify the word covering the lock or use that word in a sentence. After successfully completing the task, students tap their desired chest, which then disappears to reveal the treasure. Each chest contains a different amount of coins. The team with the most treasure at the end wins the game!

This SMART Board file has 9 different game boards. Each game board looks the same, but the amount of treasure underneath each chest is different.

Included with the game is a PDF with directions, vocabulary, and ideas for play. The winter clothing vocabulary featured in this game includes: