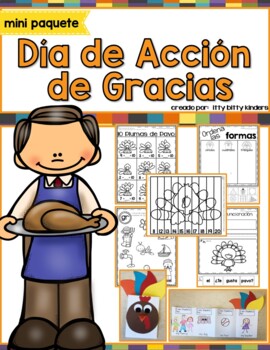 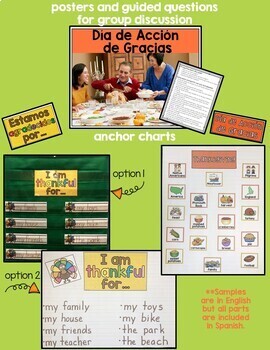 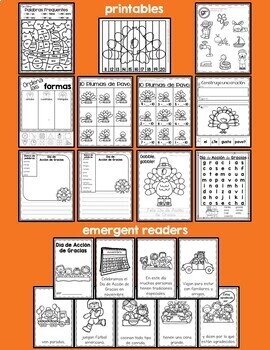 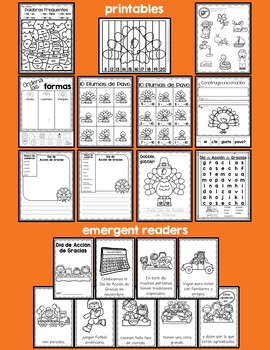 itty bitty kinders
2,882 Followers
Follow
Compatible with TpT Digital Activities
This PDF can be converted to an editable, interactive version that students can complete from any device on TpT’s new tool. Learn more.
DescriptionReviews1Q&A

This SPANISH mini-packet will help you introduce Thanksgiving in an EASY, FUN, and FAST way. It includes activities such as anchor charts, posters, crafts, worksheets and much more to teach your students in a span of 2-3 days about this holiday.

Please open the preview to see everything that is included.

**Note: All of them also available in English.

Follow us and be notified when new products are uploaded. New products will be offered at 20% off for the first 24 hours.

Thank you so much!