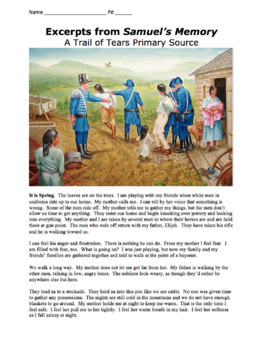 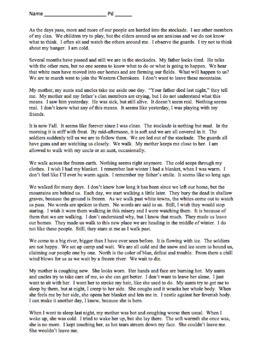 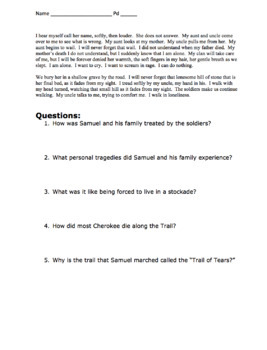 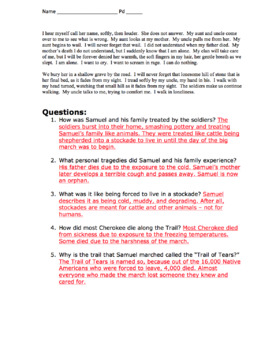 This activity contains many excerpts from Samuel's Memory, the account of a Cherokee boy who experienced great tragedy along the Trail of Tears following the enforcement of the Indian Removal Act. This is a great primary sources activity to use during your unit on the Andrew Jackson presidency.