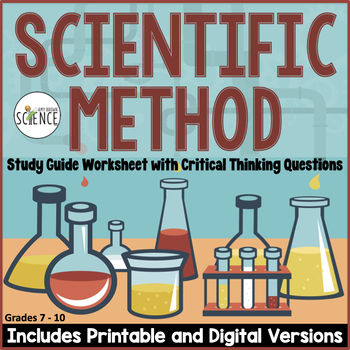 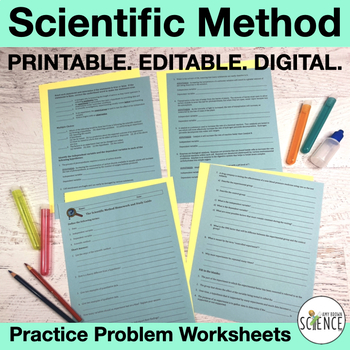 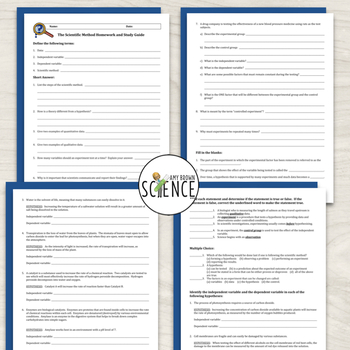 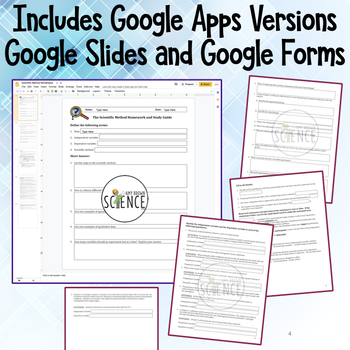 This printable or digital worksheet on the steps of the scientific method is packed with problem solving and critical thinking examples and problems. Questions cover hypothesis, control and experimental groups, independent and dependent variables. In given scenarios, students will identify the independent and dependent variables. There are questions of varying difficulty levels, ranging from simple to complex. The student will do more than just list the steps of the scientific method. Student will be required to apply their knowledge of the scientific method to new situations and problems. Choose to use the traditional printable version, or the paperless, digital Google Apps version. Both Google Slides and Google Forms versions are included.

What’s included in this resource?

Types of questions include: Defining, short answer, modified true/false, multiple choice and fill in the blanks. Students will be asked to identify control groups, experimental groups, independent variables and dependent variables in a variety of scenarios.

Scientific Method PowerPoint with Notes for Teacher and Student

Scientific Method Back to School Color by Number Activity

Tabling, Graphing, and Analyzing Data PowerPoint with Notes for Teacher and Student

For updates about sales and new products, please follow my store: