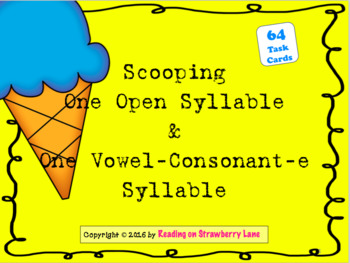 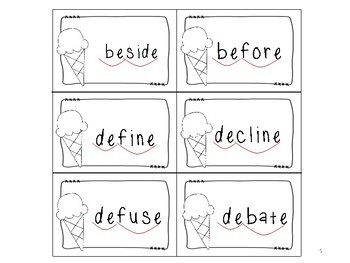 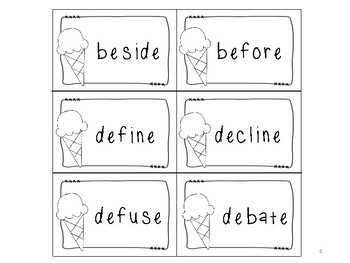 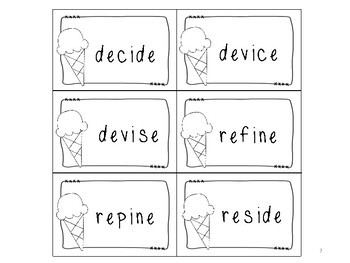 (1 MB|17 pages)
Product Description
Scooping a word is the same as dividing the word into syllables. It is so important for students to know the difference between the number of sounds a word has and the number of syllables a word has. There are more sounds than syllables in a words. A syllable is a unit of pronunciation having one vowel sound, with or without surrounding consonants, forming the whole or a part of a word. Spoken words are made up of units of sound called phonemes which is represented by a letter(s) of the alphabet known as a grapheme.

Syllables can be divided by saying them orally or by using a pencil and paper. If we orally divide a word into syllables, we usually clap the word out. For example, if we orally divided the syllables of beside, we would clap out ‘be’ and ‘side,’ and that would be two claps. If we divided the syllables on paper, we would place a slash between the ‘e’ and ‘s’ in the word ‘beside.’

So rather that placing a slash, there is another way to show the number of syllables in a word, and that is to scoop the syllables. Not dividing the word with a slash avoids the look of an extra letter in the word, and it also avoids the idea of students thinking the word has only one syllable since there is just one slash. With the idea of scooping with the finger or with a pencil, students can feel and see the scoops which in turn matches the number of syllables.

This packet contains 64 task cards that allow students to practice scooping words with one open syllable and one vowel-consonant-e syllable. You will notice that quite a few prefixes are open syllables.

Total Pages
17 pages
Answer Key
Included
Teaching Duration
30 minutes
Report this Resource to TpT
Reported resources will be reviewed by our team. Report this resource to let us know if this resource violates TpT’s content guidelines.