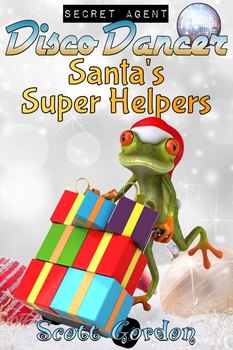 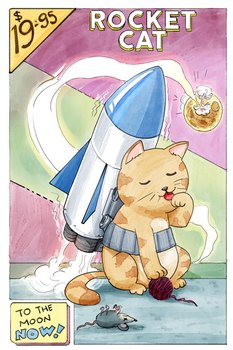 SECRET AGENT DISCO DANCER has a super-sized problem. He forgot to give Santa his wish list, and faces the real possibility that his kids might not get any Christmas presents when the joyous day rolls around.

SANTA CLAUS is nowhere to be found, and there don't appear to be any flights in or out of the North Pole. Traveling to the frozen wasteland might offer some clues...if one could get there...

GRUBER, Black Eagle's most junior member, has been instructed to keep a certain crazy frog away from the experimental rocket packs and (most importantly) the annual Twinkie supply.

"But it's Christmas," Secret Agent Disco Dancer tells Gruber. "What harm could there be in taking one of the rocket packs for a spin?"

NOTE: MOBI (Kindle) and EPUB versions are included in the ZIP archive.