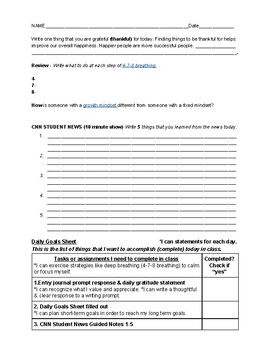 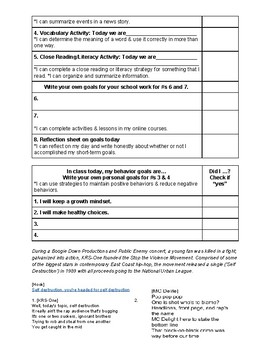 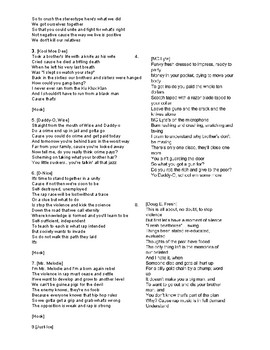 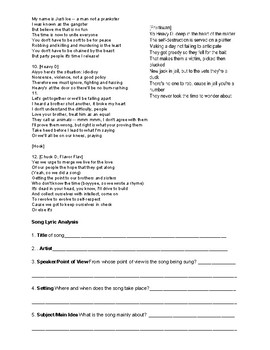 During a Boogie Down Productions and Public Enemy concert, a young fan was killed in a fight; galvanized into action, KRS-One founded the Stop the Violence Movement. Comprised of some of the biggest stars in East Coast hip-hop, the movement released a single ('Self Destruction') in 1989 with all proceeds going to the National Urban League.

This handout guides students through the video/song with a close reading/listening song analysis. There are also video links and questions for breathing methods and growth mindset.