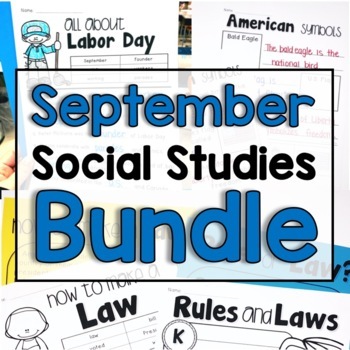 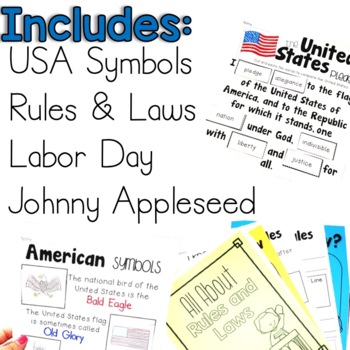 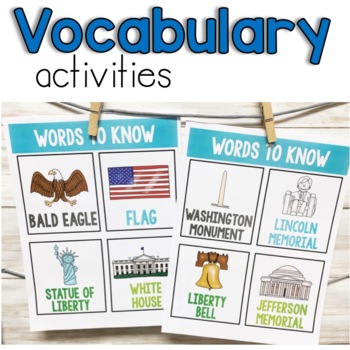 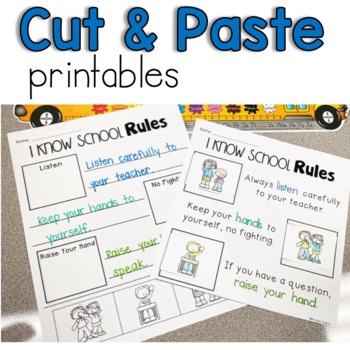 Do you have a hard time finding time to plan and prep social studies units in your K-2 classroom? This product's easy click and print resources can be used to practice fine motor skills, compare information with interactive notebooks and graphic organizers and also incorporate cross-curricular writing.

Here's what people are saying about it:

-All About Rules and Laws (cover page to create a booklet)

-All About School Rules Fill in the Blank

-How to Make a Law Poster

-How to Make a Law Fill in the Blank

-Rule or Law? Cut and Paste

-What I’ve Learned About Rules and Laws Writing Page

-All About Labor Day (to create a booklet)

-All About Labor Day

-What I’ve Learned About Labor Day

-All About Johnny Appleseed

-If I was Johnny Appleseed

For Texas Teachers, this bundle is related to the following 2020 TEKS:

1.1a (K.1a, 2.1a) describe the origins of customs, holidays, and celebrations of the community, state, and nation such as Constitution Day, Independence Day, and Veterans Day;

1.1b (K.1b) compare the observance of holidays and celebrations

1.2a (2.2a) identify contributions of historical figures, including Sam Houston, George Washington, Abraham Lincoln, and Martin Luther King Jr., who have influenced the state and nation;

1.2b (2.2b) compare the lives of historical figures who have influenced the state and nation.

1.4b (2.4b) locate and explore the community, Texas, and the United States on maps and globes

1.10a (K.7a) explain the purpose for rules and laws in the home, school, and community; and

1.10b (K.7b, 2.8a) identify rules and laws that establish order, provide security, and manage conflict.

1.11a (K.8a, 2.9a) identify the responsibilities of authority figures in the home, school, and community; and

1.11b (K.8b, 2.9b) identify and describe the roles of public officials in the community, state, and nation.

1.12a (2.10a) identify characteristics of good citizenship, including truthfulness, justice, equality, respect for oneself and others, responsibility in daily life, and participation in government by educating oneself about the issues, respectfully holding public officials to their word, and voting; and

1.13a (K.9a, 2.11c) explain state and national patriotic symbols, including the United States and Texas flags, the Liberty Bell, the Statue of Liberty, and the Alamo;

1.13b (K.9b, 2.11a) recite the Pledge of Allegiance to the United States Flag and the Pledge to the Texas Flag;

1.13c (2.11b) identify anthems and mottoes of Texas and the United States

1.13d (K.9c) explain and practice voting as a way of making choices and decisions; and

1.12b (2.10b) identify historical figures and other individuals who have exemplified good citizenship such as Benjamin Franklin and Eleanor Roosevelt.

Helping in Your Community

Please leave feedback on how this product met your educational needs!