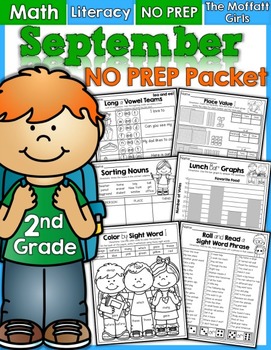 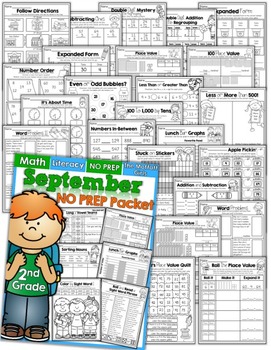 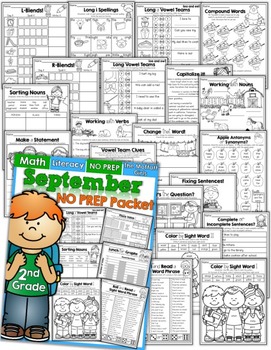 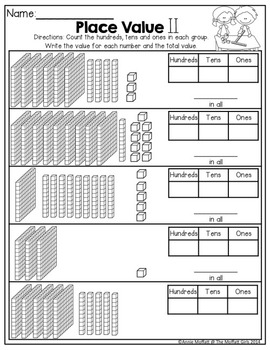 This September NO PREP Packet for 2nd Grade is FILLED with hands-on, engaging and FUN resources that cover basic beginning skills for 2nd Grade! The activities in this packet can be use for group work , centers, small groups and more! The BEST part is that there is NO PREP! NO costly colored ink, NO laminating, NO cutting …. just PRINT!

*This packet is targeted for 2nd grade, but can be used for high flying first graders and struggling 3rd graders.

This packet includes the following resources:

I Can Read Simple Sentence NO PREP The BUNDLE!)

Addition and Subtraction up to 20 - The BUNDLE!)

The Moffatt Girls on Facebook for EXCLUSIVE Fan FREEBIES!