Short Video Analysis: What happened in the Persian Gulf War? 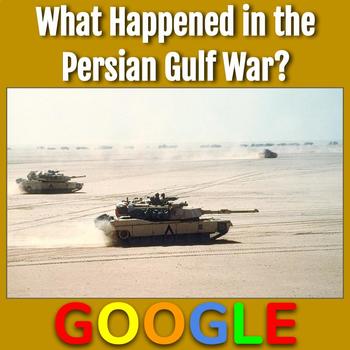 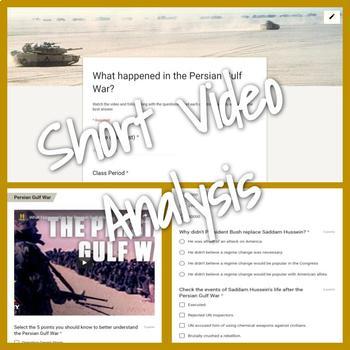 This product is a Google form with a short video on the Persian Gulf War. The video (4 min:14 sec) is inserted into the Form. The students will follow along with the video and answer the 4 questions on the form. This is an enrichment activity or excellent homework assignment. They can do this from their phones.

Iraqi leader Saddam Hussein ordered the invasion and occupation of neighboring Kuwait in early August 1990. Alarmed by these actions, fellow Arab powers such as Saudi Arabia and Egypt called on the United States and other Western nations to intervene. Hussein defied United Nations Security Council demands to withdraw from Kuwait by mid-January 1991, and the Persian Gulf War began with a massive U.S.-led air offensive known as Operation Desert Storm.