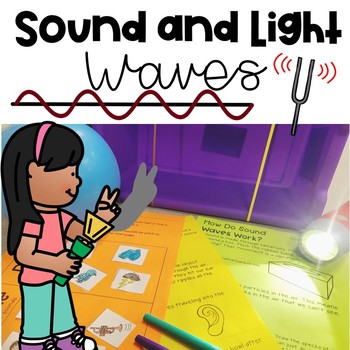 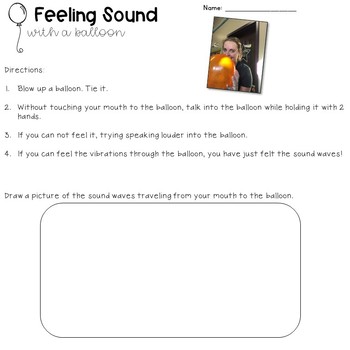 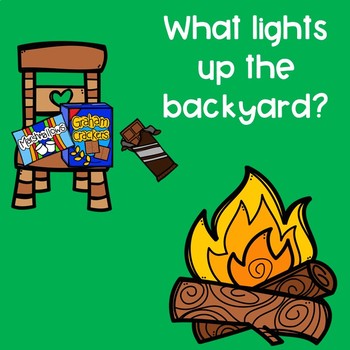 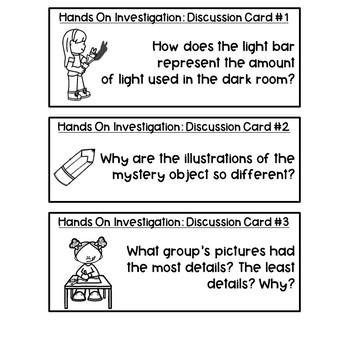 Are you teaching the new "Next Generation Science Standards?" This Sound and Light Waves Unit is jam packed with hands on learning opportunities that are quick and easy to set up. This includes 9 experiments and one opportunity for your students to engineer their own experiment with illumination!

The following 1st Grade Next Generation Science Standards* will be covered in this unit:

1-PS4-1 Plan and conduct an investigation to provide evidence that vibrating materials can make sound and that sound can make materials vibrate. Clarification statement: Examples of vibrating materials that could make sound include tuning forks, and plucking a stretched string. Examples of how sound can make matter vibrate could include holding a piece of paper near a speaker making a sound and holding an object near a vibrating tuning fork.

1-PS4-2 Make observations to construct an evidence-based account that objects can be seen only when illuminated. Clarification statement: Examples of observations could include those made in a completely dark room, a pinhole box, and a video of a cave explorer with a flashlight. Illumination could be from external light source or by an object giving off it’s own light.

1-PS4-3 Plan and conduct an investigation to determine the effect of placing objects made with different materials in the path of a beam of light. Clarification statement: Examples of materials could include those that are transparent (such as wax paper), opaque (such as cardboard), or reflective (such as a mirror).

I hope you and your students find this resource useful in your NGSS classroom.