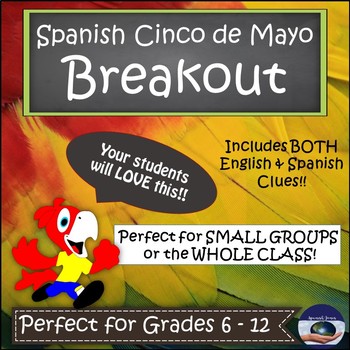 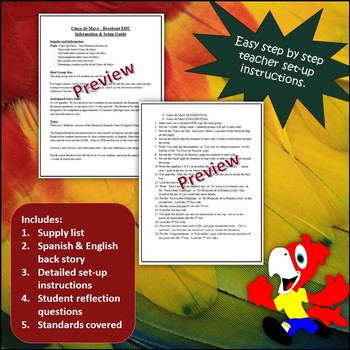 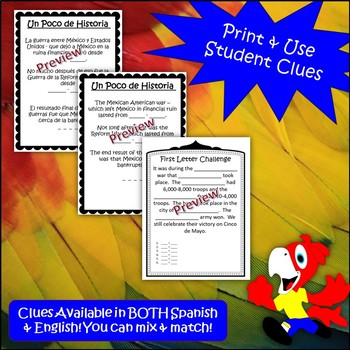 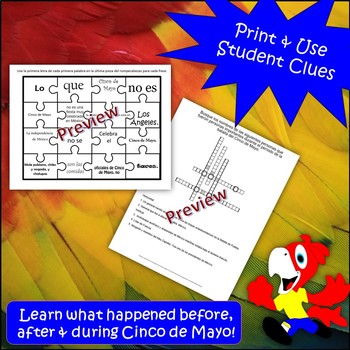 More fromSpanish Joe's Resources for YOU

Are you looking for an engaging way to teach about CINCO DE MAYO? Are you trying to figure out a great way to keep ALL of your students interested & engaged? Do you want them to FORGET that they are learning? Then this Breakout is for YOU!!

The Breakout can be completed in approximately 45 minutes depending on the level of your students. I have included lesson plans to extend this to a 4 day activity!

- The wars that happened prior to Cinco de Mayo.

- The battle of Cinco de Mayo

- What happened after Cinco de Mayo

- Who was involved (people & countries)

I've included a list of websites I used to create the Breakout. You can provide your students with this list to help them solve the clues faster. These are also available as QR codes!

This Breakout is ideal for any size group of students! I've included instructions for how to modify this so it works awesome with large groups!!

1. Breakout EDU set up guide with step by step instructions.

2. Printer to print out clues

3. Ability to print in color

4. Tape to hang documents on the wall

6. Black light with batteries (ideal is one per group)

Breakouts are a fantastic way to teach content & culture! Check out my Breakout EDU Category where you will find awesome topics such as:

Day of the Dead Breakout

Want more information on the creator of these products? Download my free bio:

Spanish Jones’ Resources for You - Bio

Click the green star next to my store logo to become a follower. You’ll see my products first and receive emails about my sales!

Need a Breakout kit? Get it here!

*** The term Breakout EDU is used with permission from James Sanders, CEO of Breakout EDU. ***

Total Pages
48 pages
Answer Key
Included
Teaching Duration
4 days
Report this Resource to TpT
Reported resources will be reviewed by our team. Report this resource to let us know if this resource violates TpT’s content guidelines.

Spanish Joe's Resources for YOU