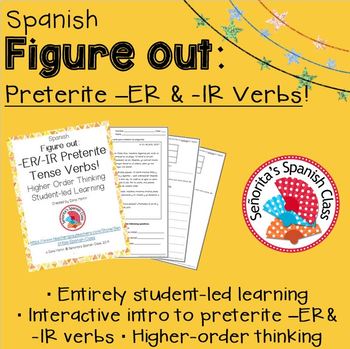 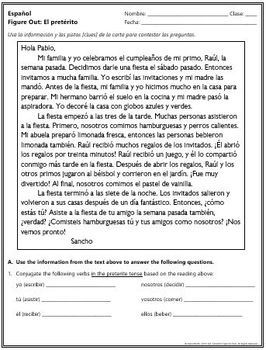 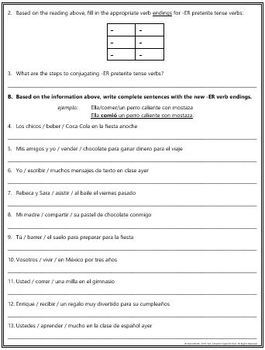 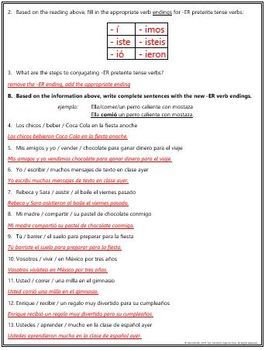 This is the latest product of my new student-led learning series called Figure Out! This is Figure Out: -ER and -IR Preterite Tense Verbs! and is aimed toward Spanish 2 students.

These activities are used to introduce a new form of the preterite verb tense. In this case, it's -ER and -IR Preterite Tense Verbs. The concept behind the Figure Out! series is that students will completely teach themselves the new tense including:

1) how to form regular -ER and -IR preterite tense verbs

I suggest handing this activity out and explaining to students that they must use the clues within the text (in this case, a letter written to a friend about a party that happened last week), to figure out how to form -ER and -IR preterite tense verbs.

The second half of the activity includes writing complete sentences with -ER and -IR preterite tense verbs.

An editable Word document and a PDF version are included. An answer key is also included.

Figure Out: The Future Tense

Like what you see? Be the first to know about my new discounts, freebies and product launches: Look for the green star near the top of any page within my store and click it to become a follower. You will then receive customized email updates about this store.

Total Pages
2 pages
Answer Key
Included
Teaching Duration
40 minutes
Report this Resource to TpT
Reported resources will be reviewed by our team. Report this resource to let us know if this resource violates TpT’s content guidelines.