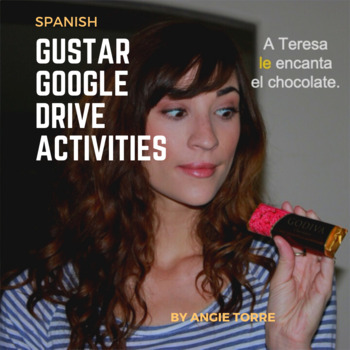 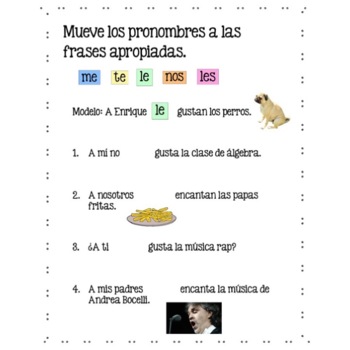 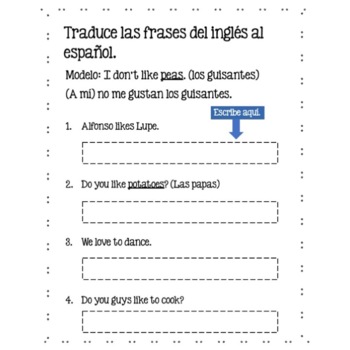 The best way to get students to use the verb "gustar" correctly is for them to hear it many times in context. It's a difficult concept even for higher levels. These Google Drive Activities begin with comprehensible input as students see the proper use and match the sentences to the corresponding pictures about what people like, love and don't like. Then, they move the pronouns to the correct sentences, and, finally, they translate sentences from English to Spanish using the verb, "gustar," and the indirect object pronouns. Students progress seamlessly from recognition to production as they write about what people like and dislike. Great for online or distance learning! Learning Goal: Students will write what they and others like, love, and dislike.

~PowerPoint instructions for the teacher

~PowerPoint instructions on how to assign Google Slides in Google Classroom

THIS ACTIVITY IS INCLUDED IN THE FOLLOWING MONEY-SAVING BUNDLES:

Total Pages
21 pages
Answer Key
Included
Teaching Duration
1 hour
Report this Resource to TpT
Reported resources will be reviewed by our team. Report this resource to let us know if this resource violates TpT’s content guidelines.