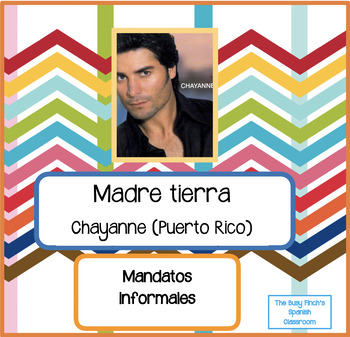 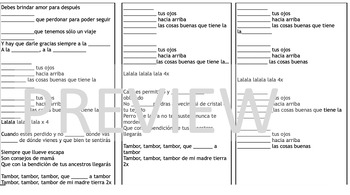 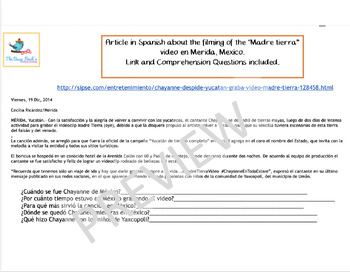 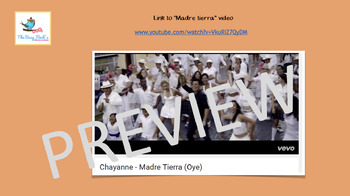 I hope your students enjoy this lesson which reinforces affirmative tú commands through the song “Madre tierra” by Chayanne. There are four affirmative commands in a row, repeated five times throughout the song.

Those commands are the words that have been removed, along with some other commands (one is negative) and some other words that students in level 3 and above should know.

This song is very upbeat and catchy and the students really liked it.

In this file is a cloze activity for the song, an answer key, and a link to the song/video. As a follow up activity, I have included an article about the filming of the video in Merida and the link to the article along with comprehension questions and an answer key. Although Chayanne is from Puerto Rico and is singing about “Madre tierra,” the video was filmed in Merida Mexico and there are building and sites that are recognizable if you are familiar with Merida. You can point them out to your students.

Total Pages
8 pages
Answer Key
Included
Teaching Duration
40 minutes
Report this Resource to TpT
Reported resources will be reviewed by our team. Report this resource to let us know if this resource violates TpT’s content guidelines.