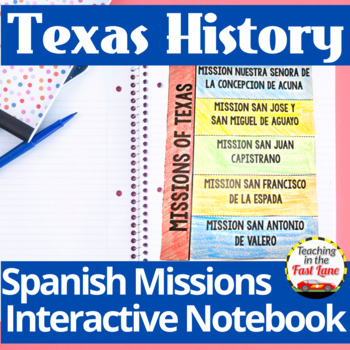 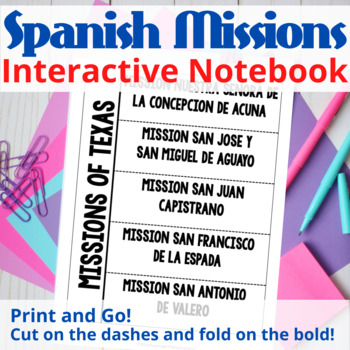 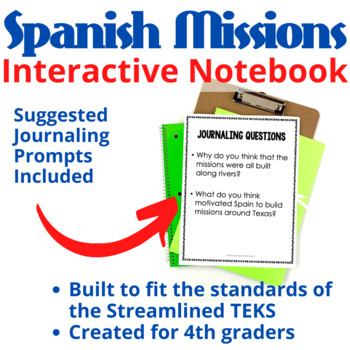 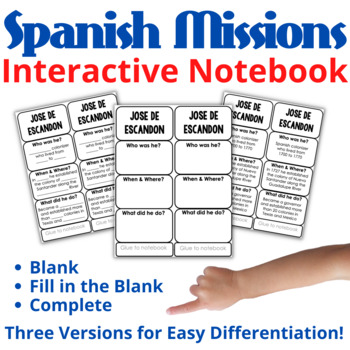 Students will explain when, where, and why the Spanish established settlements and Catholic missions in Texas as well as important individuals such as José de Escandón through interactive notebooking activities.

This notebook kit is the perfect supplement for your unit on Spanish Missions of Texas!

Places in a Mission Fold-Up

People of a Mission Fold-Up

Other Missions of Texas Resources:

Or get them all in this BIG BUNDLEt!

Total Pages
28 pages
Answer Key
Included
Teaching Duration
45 minutes
Report this Resource to TpT
Reported resources will be reviewed by our team. Report this resource to let us know if this resource violates TpT’s content guidelines.