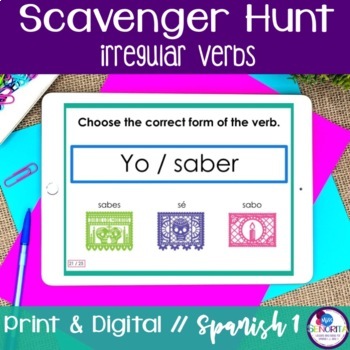 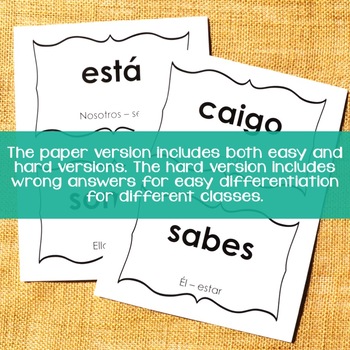 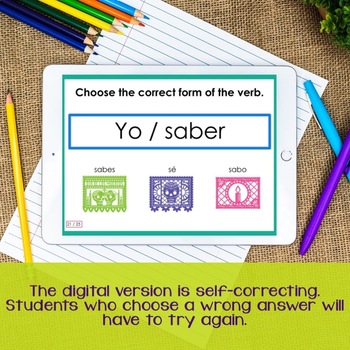 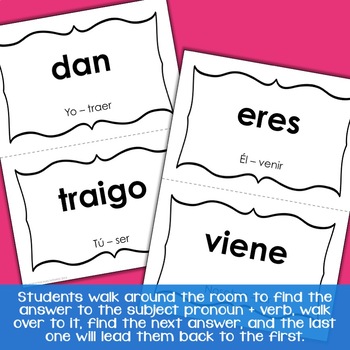 This Scavenger Hunt is for irregular verbs in the present tense and includes 25 prompts with 15 different verbs (some are used twice).

This activity is ideal for a Spanish 1 class in middle or high school. This activity would also work as a review for Spanish 2 or 3 classes.