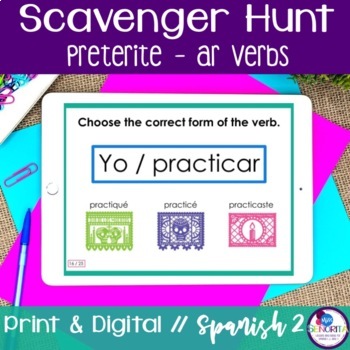 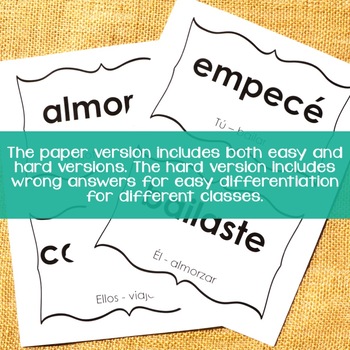 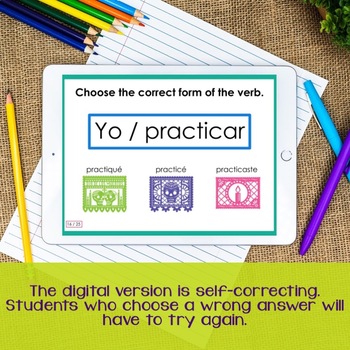 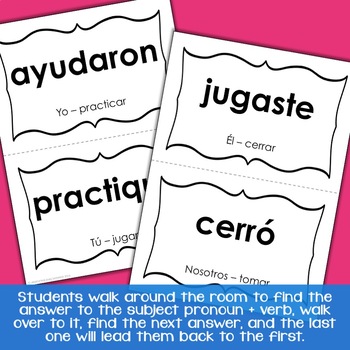 This Scavenger Hunt is for regular -AR preterite tense verbs and includes 25 verbs.

This activity is ideal for a Spanish 2 class. It could also be used in a Spanish 3 or 4 class to review.