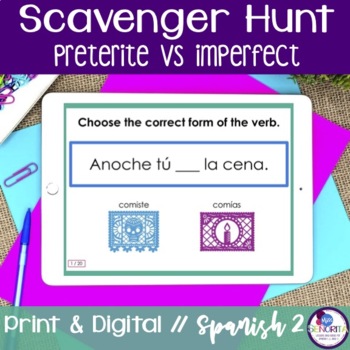 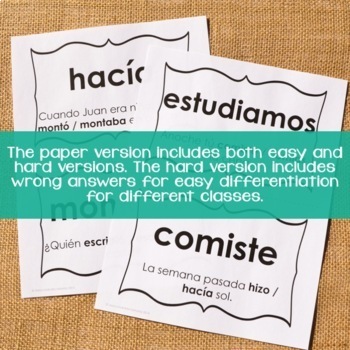 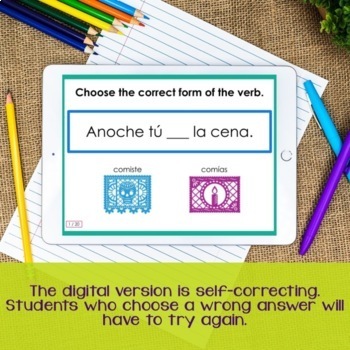 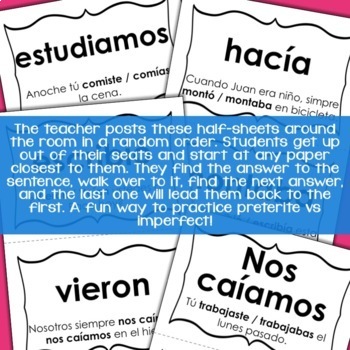 A digital (Google Slides) version of this game is also included. It is set up as multiple choice with 2 conjugated verb choices (1 preterite and 1 imperfect) on each slide for a sentence. If a student chooses the correct answer, they see a "Congrats" slide and then they go to the next question. If they choose a wrong answer, they see "Oops! Try again" and it takes them back to the question to try again. There are 20 slides. The link included automatically plays the game in presentation view.

This Scavenger Hunt is for preterite and imperfect verbs and includes 20 sentences with preterite/imperfect pairs.

This activity is ideal for a Spanish 2 in high school. This activity would also work as a review for Spanish 3 or 4 classes.