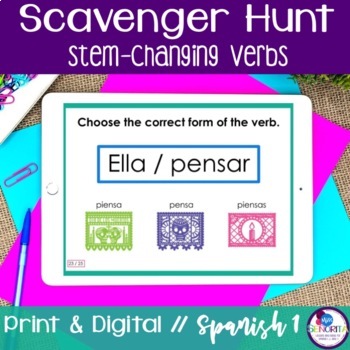 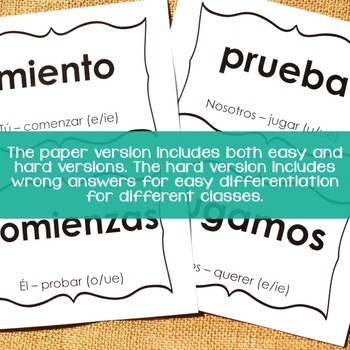 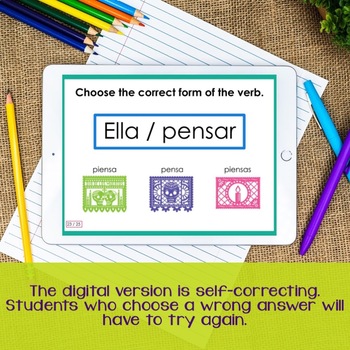 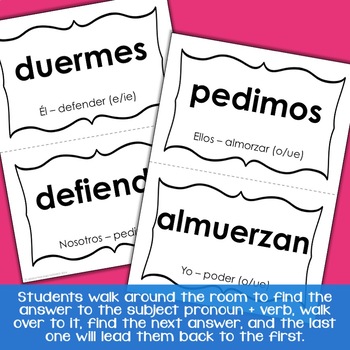 This Scavenger Hunt is for stem-changing verbs in the present tense and includes 25 verbs. -AR, -ER, and -IR verbs that change O-UE, E-IE, and E-I are all mixed together. The prompt for the next verb includes how the verb changes (o/ue, e/ie, or e/i).

This activity is ideal for a Spanish 1 class in middle or high school. This activity would also work as a review for Spanish 2 or 3 classes.