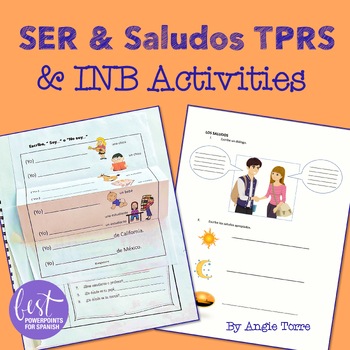 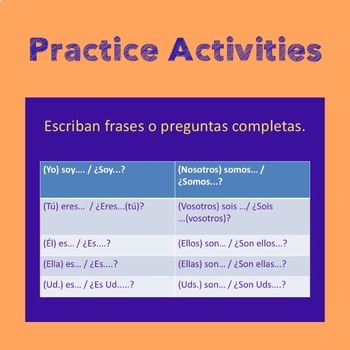 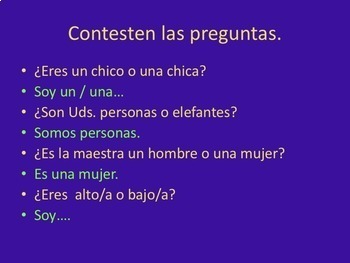 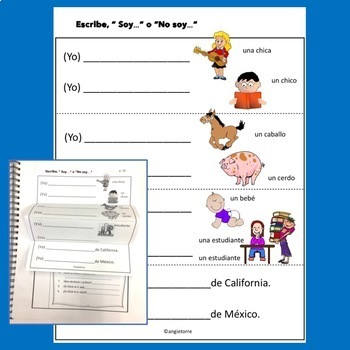 Students talk and write about who they are and where they and others are from using the Spanish irregular verb, "Ser," in the present tense. They write conversations using the verb, "Ser," and expressions for greetings and leave-takings. Interactive Notebook Activities, foldables, TPR Story, and PowerPoints are included. (There is a missing accent and question mark in the student sample but the error has been corrected.) Digital versions are included for distance learning and 1:1 classrooms.

This product includes the following resources

This activity corresponds to and is included in the: Spanish "Ser" PowerPoint and TPR Story

These resources are included in the following money-saving bundle: Interactive Notebook Activities for Spanish One and Two