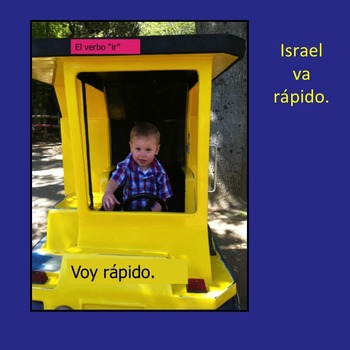 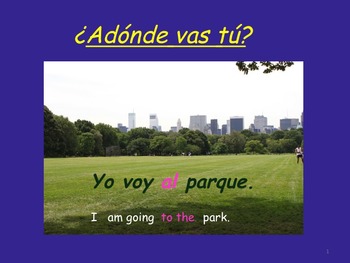 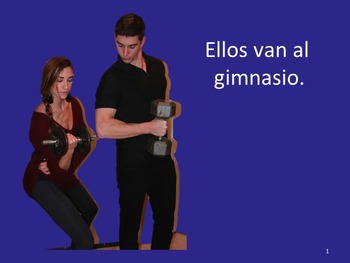 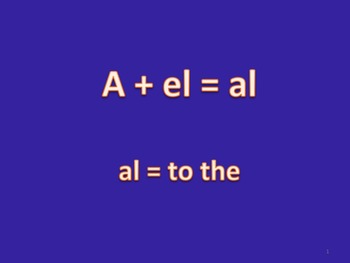 This 138-slide PowerPoint, TPR Stories and Activities is a complete lesson on the Spanish verbs IR (to go) and VENIR (to come). It includes digital versions for distance learning, two TPR Stories, Interactive Notebook Activities, group activities, bell work, competitions and many other practices and activities. Spanish Grammar

The "Spanish Ir" PowerPoint ends with two TPR stories. The first TPR story is about a girl who meets a cute boy at the gym but finds out that….. The story uses the verbs "ir" and "venir" multiple times.

The second TPR story is about a girl whose boyfriend breaks up with her and goes out with another girl. She doesn't handle it very well and so she… The story uses many examples of "ir + a + infinitive" to talk abut what the ex-girlfriend is going to do.

The supplemental activities include the following:

These resources are included in the following money-saving bundle: Spanish One PowerPoints and Curriculum

Estar and places and emotions

For Spanish jokes, memes, TPR Stories, videos, and tons of resources, connect with me on Pinterest: Best PowerPoints Pinterest

Total Pages
176 pages
Answer Key
Included
Teaching Duration
4 days
Report this Resource to TpT
Reported resources will be reviewed by our team. Report this resource to let us know if this resource violates TpT’s content guidelines.