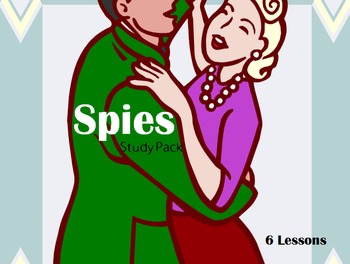 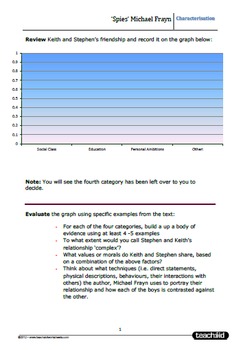 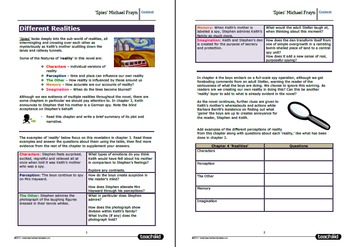 1. Stephen's Reality
In groups of three walk in Stephen's shoes as you peel back the layers between reality and imagination. An in-depth task which looks at the many different aspects of 'reality' in the novel.

2. Spy on Keith and Stephen!
Just like Keith and Stephen spy on The Close, take your place as the next great spy and read between the lines into how Frayn has written 'Spies'. A group work task which looks at several textual features in the novel.

3. Stefan's story - Stephen's Story
A diagram which looks at how the two realities collide and separate.

4. Characterisation
Can friendship be measured? A worksheet which analyses how Stephen and Keith's friendship is constructed. Students then evaluate their findings.

5. Thematic Journalism!
Students create their own questions based on 7 major themes in the novel then put them to the test. Includes class evaluation.

6. Context - Whose Reality?
Keith announces his mother's a spy and Stephen feels envy? A two-part worksheet which analyses chapters 3 and 4 from a series of reality perspectives.
Total Pages
12 pages
Answer Key
N/A
Teaching Duration
1 Week
Report this Resource to TpT
Reported resources will be reviewed by our team. Report this resource to let us know if this resource violates TpT’s content guidelines.