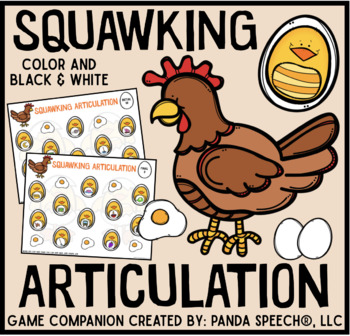 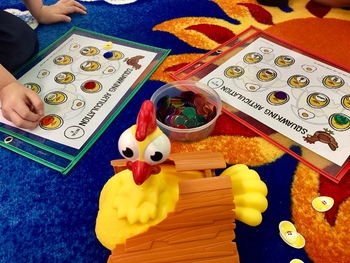 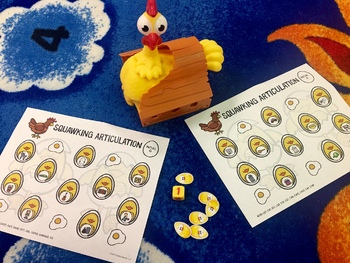 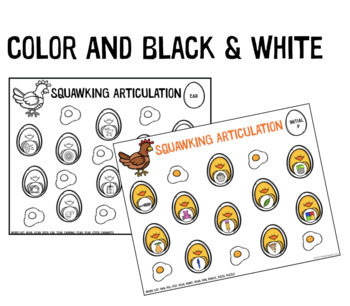 Haver you tried the new squawking chicken game? It is hilarious and a great game for speech therapy. I created these mats to provide a structured way to work on articulation while playing the fun game!

Optional Assembly: You can laminate the mats for continued use or place them in page protectors if desired. You can use them as a print-and-go activity and let the students take them home after the sesseion.

To use: Set the squawking mats in front of the student (by target phoneme). Play the chicken squawking game as directed. The student will roll a die and push down on the chicken that number of times on the dice. Before they push the chicken, they will place a bingo chip or other place marker over one of the target words on the mat and practice it the number of times on the dice. After they practice, they will push the chicken and see if an egg pops out (an egg will pop out by chance). If an egg pops out the student will open up and see if there is a chick or a fried egg. If it is a chick, the student collects a chick token. If it is a fried egg, the turn moves on to the next player. The goal of the game is to get as many chick tokens as you can (and my goal is to get 100 + trials using these mats).

You may also like these toy companions:
Flip frogs in a pond while practicing articulation!
Frog Launching Pad