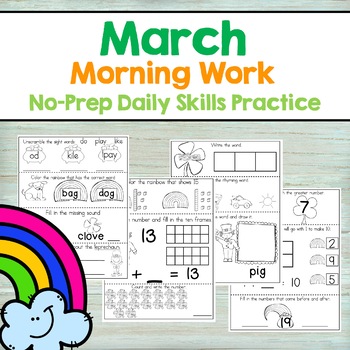 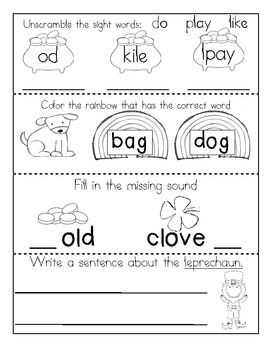 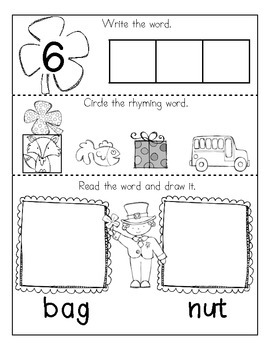 2 weeks of math and literacy morning work pages. (10 pages each)

Each week contains 5 math and 5 reading worksheets. The tasks and skills remain the same throughout to week to provide consistency for the students and to foster independence. For example, in all 5 days of week 1 students will unscramble sight words, distinguish between similar lowercase letters, draw and label words with a specific beginning sound and work with sounds in cvc words. Each day the specific sounds, letters, and words will change but the task and focus skill is the same throughout the week.

I usually copy these back to back with reading on 1 side and math on the other. These can also be used as homework packets.


Visit my blog for more ideas and freebies.
Like Kroger's Kindergarten on facebook
Total Pages
22 pages
Answer Key
N/A
Teaching Duration
N/A
Report this Resource to TpT
Reported resources will be reviewed by our team. Report this resource to let us know if this resource violates TpT’s content guidelines.