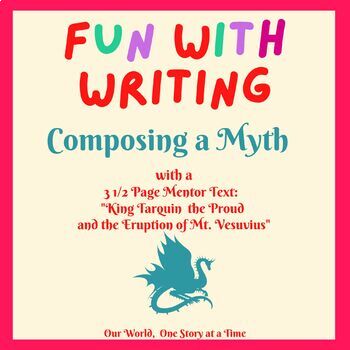 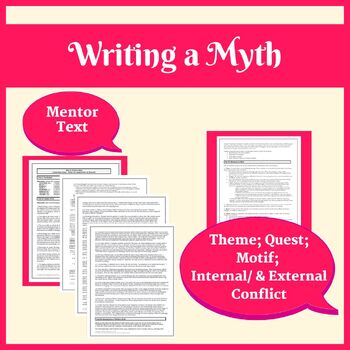 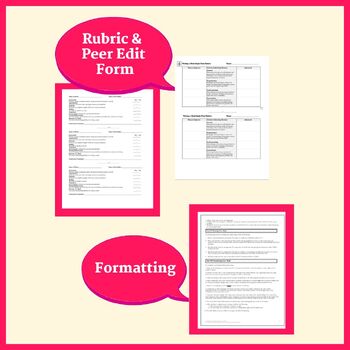 Allow your students in grades eight-through-ten to experience the joys of reading stories from around the world while mastering their writing skills through the creative writing process. Aligned with Common Core Standards and requiring no preparation, this unit contains the following resources.

Part I: Introduction to Writing a Myth

Part II: Elements of a Myth

Rome began as a village nestled on the banks of the Tiber River. It grew into a site of mud and stench, a settlement whose people longed to become a mighty power. The city would witness the reigns of six venerable monarchs before establishing itself as the Roman Empire. This time of kings occurred between 753 and 509 B.C.  History says of those monarchs, “Rome’s first six kings ruled the land with honor.”

Apollo’s seer moved closer to whisper in a threatening tone. “The gods’ voices call to those on Rome’s seven hills. All must pay heed, even thou, Lucius Tarquinius. Seven bags overflowing with gold is the price for the blood you have spilled. In return, Apollo shall grant you the Sibylline Books containing prophecies written by his sibyls’ hands. Only then will you understand why burning stones descend with the rain. Only then can you protect your people.”

Almathaea, furious at the arrogance Rome’s dictator displayed, shook her head. Her tangled hair tumbled from her hood. Gazing into Tarquinius’ eyes, she raised her voice. “Seven bags of gold Apollo hath willed, one for each of Rome’s seven hills. The eighth hill was spun on a goddess’ loom. It was woven with fire to serve as a tomb.”

“Contemplate well the words within these prophecies ere you refuse my price, Superbus. If you fail to do so, you doom the descendants of those you rule,” the priestess replied. Turning toward the hearth, she threw three more scrolls into the fire. They writhed like a nest of squirming serpents. Tarquin watched in terror. Before collapsing in a heap of ashes, the flames took the shape of a towering mountain south of Rome. It looked much like the angry peak those of Pompeii had named Mount Vesuvius

Our World One Story at a Time