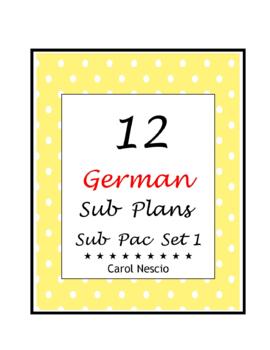 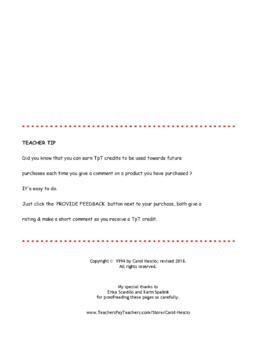 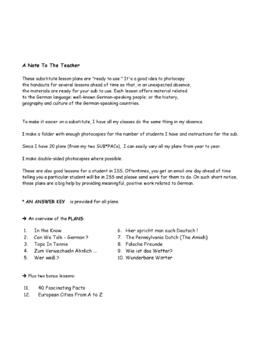 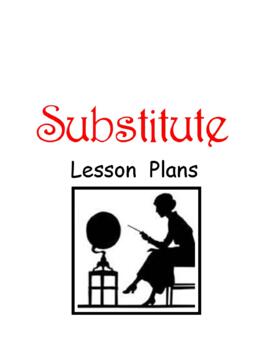 (barring spelling and pronouncing) in thirty hours, French in thirty days, and German

in thirty years. It seems manifest, then, that the latter tongue ought to be

trimmed down and repaired."

Twelve ready-to-use lesson plans for the sub who does * n-o-t * know German.

Stacks of papers to grade ?

Yet another meeting to go to ?

This resource will save you precious time because everything is ready-to-use.

These substitute lesson plans provide an informative lesson for your class through exposure to the various aspects of the language, culture, history and geography of the German-speaking countries. Please note that some plans require using reference books in the school library or online resources.

The plans are suitable for any level. I always had so many

preps that, to simplify things for the sub and to simply save time, I had

all my classes do the same plan in my absence.

Some plans also have Minitests for meaningful follow-up.

7. The Pennsylvania Dutch (The Amish)

For more complete descriptions of the above, please see my SINGLE * SUB Plans below.

12. European Cities From A to Z

Twelve plans in all to keep your students connected to German and the German-speaking world.

Is your administration frowning on the use of movies with a substitute ?

Then these plans are for you as they involve no movies (please see my Movie*Pacs).

These substitute lesson plans (or emergency lesson plans) are classroom-ready to make your job easier. (75 pages)

The plans are also available individually.

Please see the links below for Single Sub Plans.

"I can tell that your ideas come from your experiences and really are sensible, fun and slide with ease into whatever text. I've been teaching for 27 years and have tried many approaches. Yours are the first materials that my students request by name - Sub*Pacs. I just wish I had more of them!"

* Wondering what to do with that

one errant student assigned to ISS

This will be meaningful & positive work for them to do.

If you're looking for more time-saving resources, you may be interested in some other items in my store:

* German Baby * Names .. It's free ~ Most students like the cachet of having a special German name for German class ~ here are some easy-to-use, A to Z lists for them to choose from ..

* The Autobahn And Driving In Germany .. Useful for Distance Learning ..

* Let's Talk Business: In German .. Perfect, too, for after the AP Exam ~ Distance Learning. ..

* Feature * Film ~ Das schreckliche Mädchen ~ The Nasty Girl .. A high school girl gets a little too curious about her town's past ..