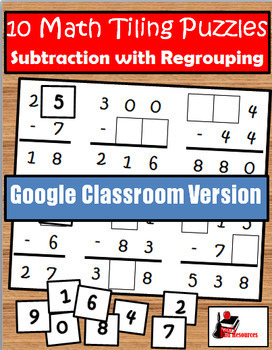 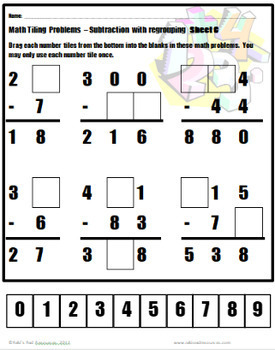 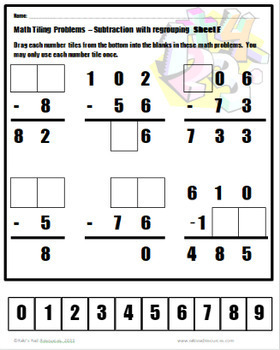 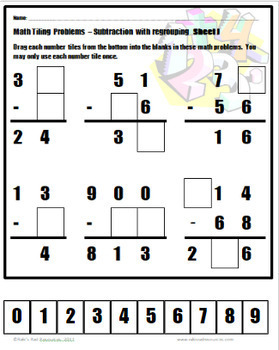 Raki's Rad Resources
7.2k Followers
Follow
Made for Google Drive™
This resource can be used by students on Google Drive or Google Classroom. To access this resource, you’ll need to allow TpT to add it to your Google Drive. See our FAQ and Privacy Policy for more information.
DescriptionStandards5Reviews2Q&A

Are you looking for a creative new way to have your students practice subtraction with regrouping? Try Tiling! In Tiling activities, students will use the provided "digit tiles" to place the numbers 0 - 9 to fill in the holes left in provided subtraction equations. While trying to figure out where the missing numbers go, students will work on basic subtraction facts, properties of subtraction, how to regroup (or borrow) and problem solving skills. These puzzles make a wonderful math center, problem solving station, critical thinking homework assignment or extension activity.