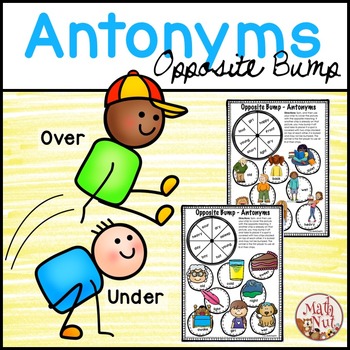 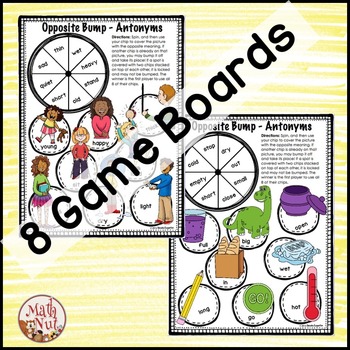 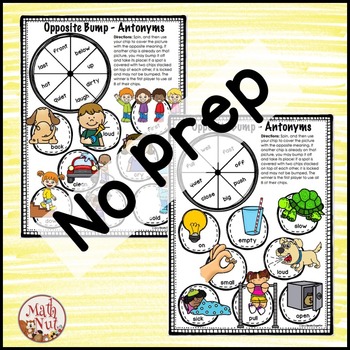 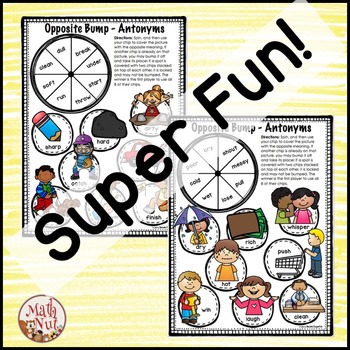 2,712 Followers
Follow
More products from Math Nut
$3.50
Digital Download
Report this resource to TpT
Synonyms and Antonyms: Antonym Game contains 8 antonym - opposite bump games. This Fun no prep game is ready to go after printing. During this two player antonym game, students will use a pencil and paperclip to spinner a spinner. Then, they will use their chip to cover the picture with the opposite meaning of the word on which the spinner landed.

You may also like the following synonym and antonym resources:
Antonym Snowball Fight
Synonyms in the Context of Writing
Antonym Bump Games
Synonym and Antonym Assessment