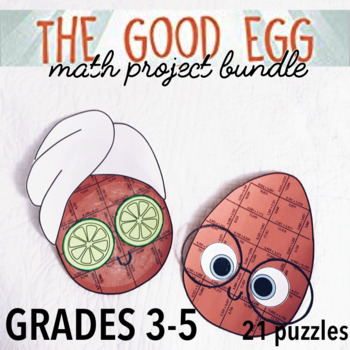 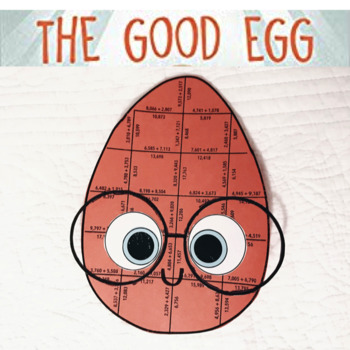 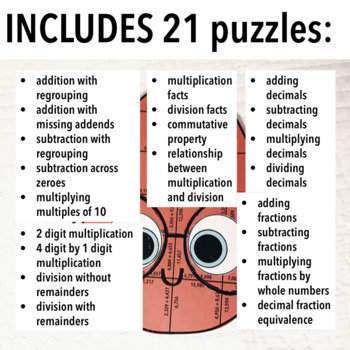 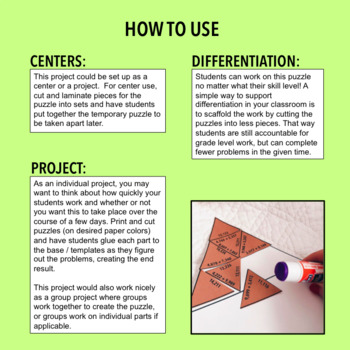 Students will be engaged in this THE GOOD EGG math project by putting together tarsia puzzles to ultimately create THE GOOD EGG! Perfect after reading The Good Egg by Jory John. Includes 21 PUZZLES!

This resource may be used as centers or as an individual or group project. The only materials needed besides what's included are glue and paper colors of choice.

Relationship Between Multiplication and Division

Division with No Remainders

Your students will be ready to assess across math skills and ready to celebrate after completing this engaging activity!