THE ROAST OF THE ARTICLES OF CONFEDERATION (Successes/Failures Comedy Lesson) 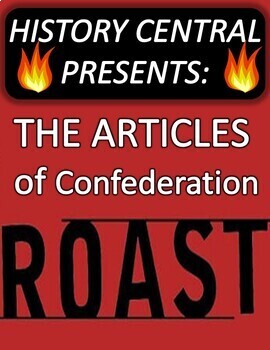 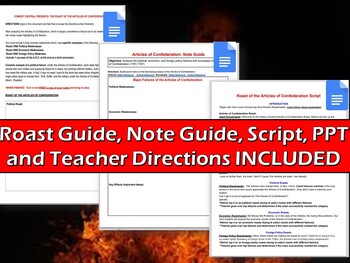 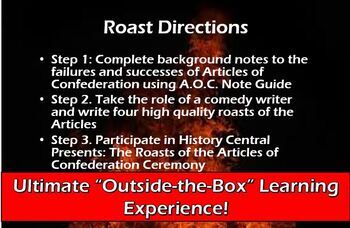 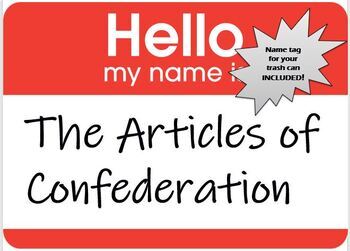 Under the Articles of Confederation, each state had the option of raising their own military and supplying troops for a nearly non-existing national military. Just ask Daniel Shays how weak the military was. In fact, it was so weak I went to the store last week pillow shopping and I had 3 major pillow types to choose from: “Soft, Softer, and the military under the Articles of Confederation!” BOOM!!! ROASTED!!!!!

Students will have an absolute blast changing their role from students to History Central comedy writers. They will be given the job of hilariously roasting the Articles of Confederation to ashes, but will come out of this lesson with a strong understanding of the successes/failures of America's first government system. This lesson can be embedded into a Civics/Government, U.S. History, and is also aligned with Advanced Placement United States History (APUSH).

If you are not familiar with a Comedy Central style Roasts, the main character is placed at the center of the stage and roasters and roast masters make humorous jokes tearing apart the main character, but then conclude by saying a few nice statements at the end. In this case, the Articles of Confederation will be placed in the center of your classroom (played by your classroom's trash can!), and the teacher will conclude if the class successfully roasts the Articles by included enough deep facts exposing its many weaknesses.

The Articles of Confederation are often viewed as a complete failure, but do have a few nice accomplishments such as the Northwest Ordinances. Therefore, the Articles make the perfect roast candidate and a great opportunity to give your students a chance to break away from traditional student roles. This approximately 30 minute Roast ceremony will be the ultimate "outside the box" memorable classroom experience for students while promoting a deeper understanding of a key U.S. History or Civics/Government objective.

Included are the following: (See preview for more details):

-Engaging PowerPoint for conducting this activity and Roast Ceremony

-An Articles of Confederation name tag for you trash can...since the Articles were trash (we can say that now, but they totally made sense in the context of their times...)!!

Total Pages
All 3 google docs and PowerPoint are editable/shareable
Answer Key
N/A
Teaching Duration
N/A
Report this Resource to TpT
Reported resources will be reviewed by our team. Report this resource to let us know if this resource violates TpT’s content guidelines.